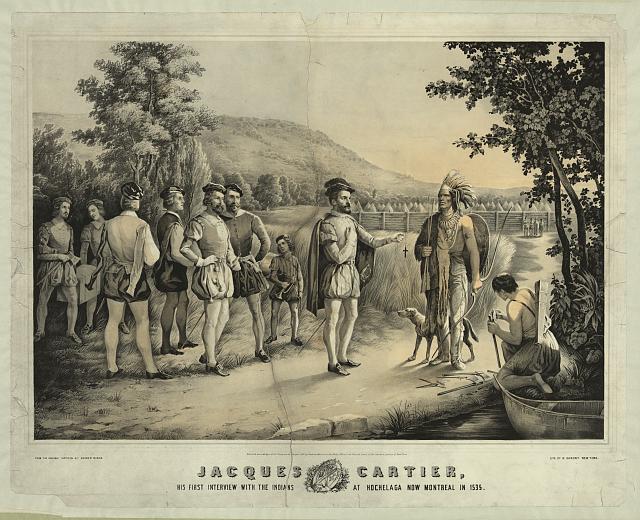 On 2 October 1535, Jacques Cartier arrived in the village of Hochelaga (now Montreal). He had sailed from France in May 1535 with three ships: the Grande Hermine, the Petite Hermine, and the Émérillon. It was his second trip to Canada. The previous year, he had explored Newfoundland and the Gulf of the St. Lawrence. He had planted a cross on the shores of the Gaspé Bay, claimed the territory for France, and captured Domagaya and Taignoagny, two St. Lawrence Iroquoians. The two captured men returned with Cartier on his second voyage. On 7 September 1535, they arrived at Stadacona, a St. Lawrence Iroquoian village located near what is now Quebec City. On 19 September 1535, Cartier left Stadacona on the smallest of his three ships, the Émérillon. He landed at Hochelaga on the night of 2 October. The next morning, he walked to the village. Domagaya and Taignoagny had remained in Stadacona, so he used sign language to communicate with the villagers. A mountain overlooked the village; Cartier named it Mount Royal.

Some members of my family (the Graham, Winters, and Mapplebeck families) lived in Montreal. 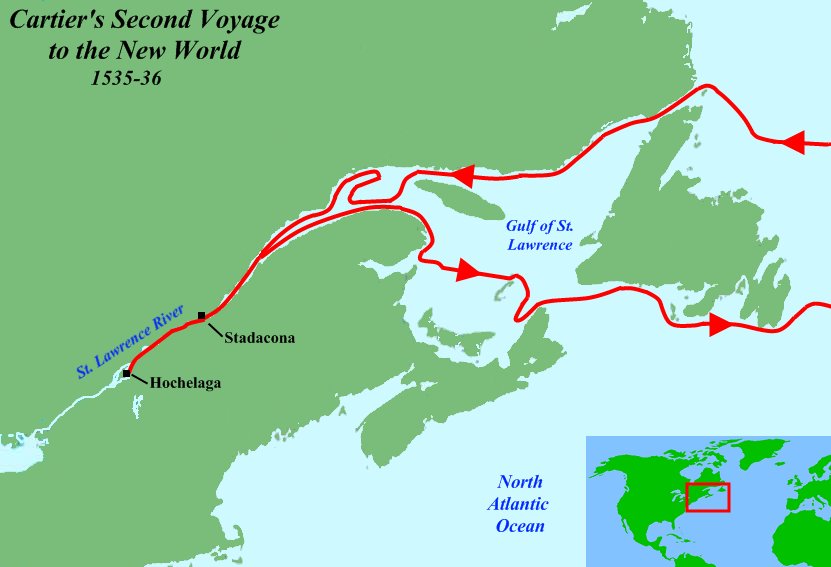