Around 1770, Francis and Sarah Hardgrave moved from Virginia to Surry County, North Carolina; in 1778, the area became part of Wilkes County. They lived near John Greer and other members of the Greer family. John Greer's will mentions Sarah Hardgrave; she was one of the heirs of his estate. She must have been his daughter, since she inherited a portion of his estate along with his other children.

Skelton is an unusual given name; Edythe Rucker Whitley may have assumed that Skelton Hardgrave was given his mother's maiden name. But he was not the only child in the family who was named Skelton. Hannah Greer, John Greer's daughter and Sarah's sister, named a son Skelton Taylor DeMoss. Sarah's grandson James Russell named a son Skelton. At first I thought that James named his son after his uncle, but then I found out that James' wife Miriam Hill had a brother named Skelton. The name may have come from a family surname, but if so, it must have come from an earlier generation. There is no other evidence that suggests that Sarah's surname was Skelton.

The Hardgrave family moved to Kentucky about 1795, and then to Davidson County, Tennessee around 1799.

Francis Hardgrave died in 1828,  and Sarah was listed as head of household in the 1830 United States census. Sarah died on 30 November 1832. 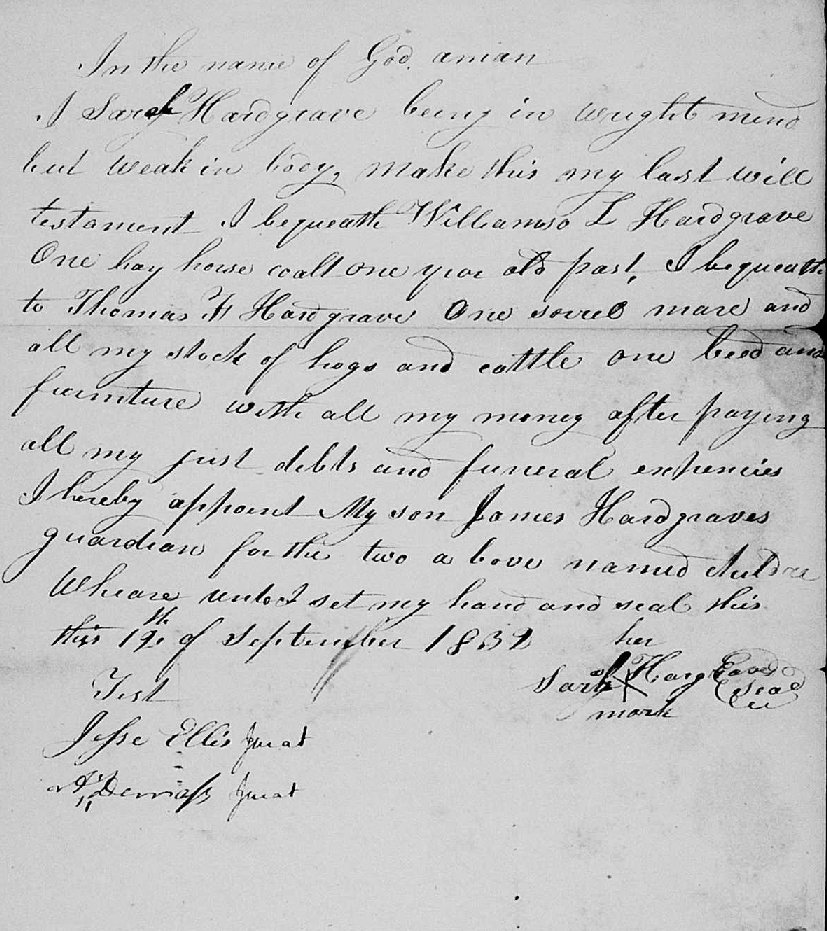