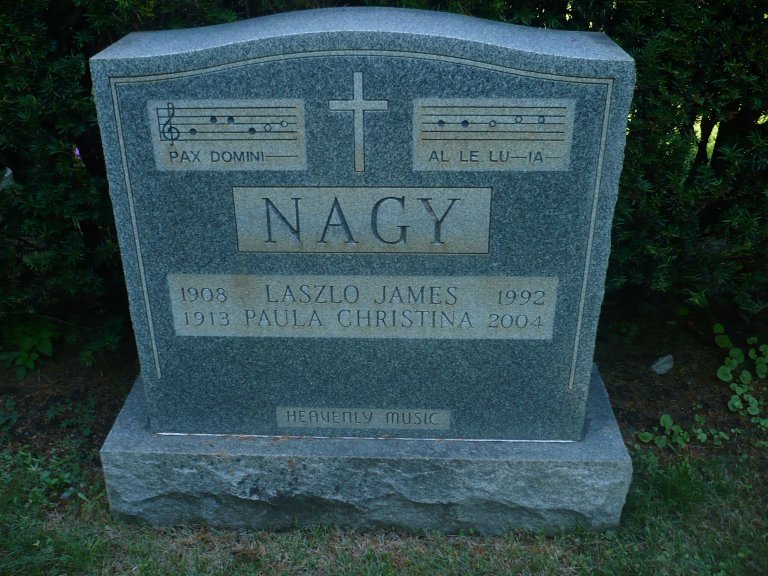 Paula Christina Schneider, my maternal grandmother's sister, was born on 27 January 1913 in St. Louis, Missouri. She was the daughter of John Schneider and Paulina Gersbacher. She married Laszlo James Nagy on 18 September 1934 in St. Louis. He was born on 21 September 1908 in New York and was the son of Alexander Nagy and Rosa Koncz. Laszlo died in Waban, Newton, Middlesex County, Massachusetts on 5 December 1992. Paula died in Hadley, Hampshire County, Massachusetts on 7 February 2004. They are buried in Newton Cemetery in Newton, Middlesex County, Massachusetts. Paula designed the tombstone. She and Laszlo were both musicians.
Posted by Beth at 7:59 PM