My great-great-grandfather Jorgen Jorgensen Boe was born on 18 November 1850 in Bø, Telemark, Norway and was baptized on 24 November 1850. He was the son of Jorgen Pedersen Boe (Bø) and  Ingeborg Torsdatter Vatner. In 1865, he lived with his father's brother Gregar Pedersen Bø and Gregar's family on the Bø farm in Bø, Telemark. The 1865 census gives his occupation as Tjenestedreng (servant boy, farm hand).

In 1866, he left Norway with his parents and most of his siblings. They left from Christiania (now Oslo) on the Vanadis on 12 May 1866 and arrived in Quebec, Canada on 2 July 1866. The family then settled in Canisteo, Dodge County, Minnesota, where they were enumerated in the 1870 United States census. On 17 December 1873 in Rock Dell, Olmsted County, Minnesota, Jorgen married his second cousin Aaste Halvorson (Halvorsdatter) Otterholt. By 1875 they lived in Swenoda, Swift County, Minnesota with their daughter Kari (born 5 April 1874). In 1880 Jorgen and his family lived in Big Bend, Chippewa County, Minnesota. By this time two more children had been born: John (my great-grandfather, born 15 March 1876) and Hans Adolph (born 5 February 1878).

On 13 August 1880, Jorgen applied for a land patent under the Homestead Act of 1862, for 40 acres of land located in the northwest quarter of the northwest quarter of section 34 of Township 120 North of Range No. 41 west of the Principal Meridian, Swift County, Minnesota. His application was commuted when he paid cash for the land on 8 June 1882. He received his certificate on 25 July 1882. Jorgen and Aaste's son Theodore Jorgen was born on 16 July 1883.

In 1885 the family was enumerated in Lac qui Parle, Lac qui Parle County, Minnesota. Jorgen and Aaste's youngest child, Hannah Gurina Boe, was born on 23 May 1886. In 1895 Jorgen, his wife, his sons, his daughter Hannah, and his parents lived in West Bank, Swift County, Minnesota. In 1900 Jorgen, his wife, and three youngest children were still living in West Bank. He was listed as a farmer. 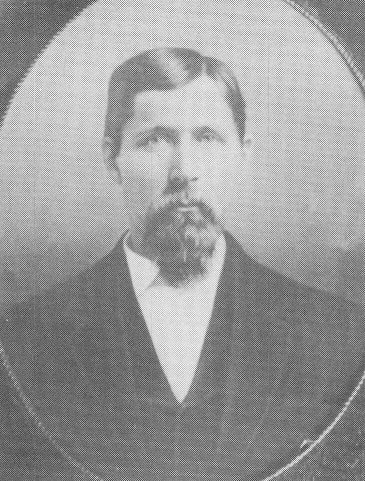