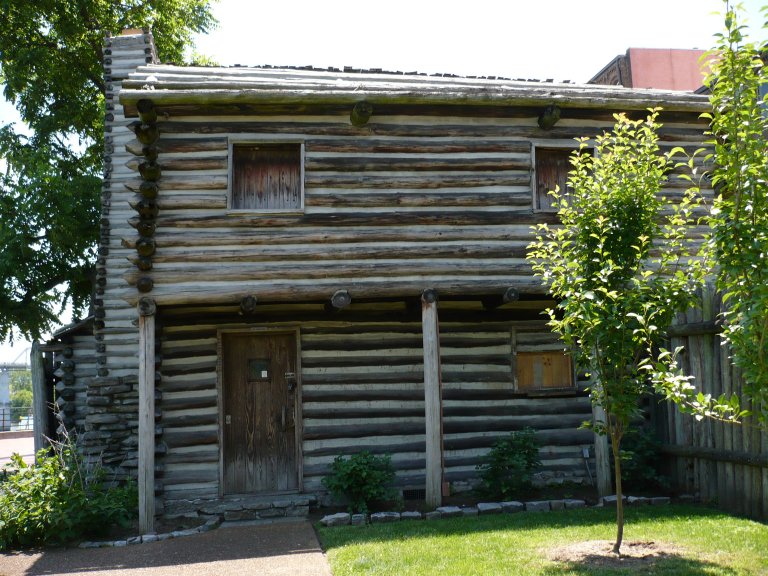 In 1780, James Robertson, John Donelson, and their party of settlers (including my ancestors Abel Gower Sr., Obedience Blakely Gower, Abel Gower Jr., Nancy Gower, and Andrew Lucas) built a settlement at the French Lick along the Cumberland River. They named it Fort Nashborough after General Francis Nash. It was the first settlement in what became Nashville, Tennessee.

Fort Nashborough was reconstructed in 1930 and rebuilt in 1962.The reconstruction was funded by the local Daughters of the American Revolution. In July 2011, the fort was listed on the National Register of Historic Places. Fort Nashborough is currently closed for renovations. It is scheduled to reopen in 2015, and will be an open plaza rather than an enclosed structure.

I visited Fort Nashborough in 2007. The photos were taken on that trip. 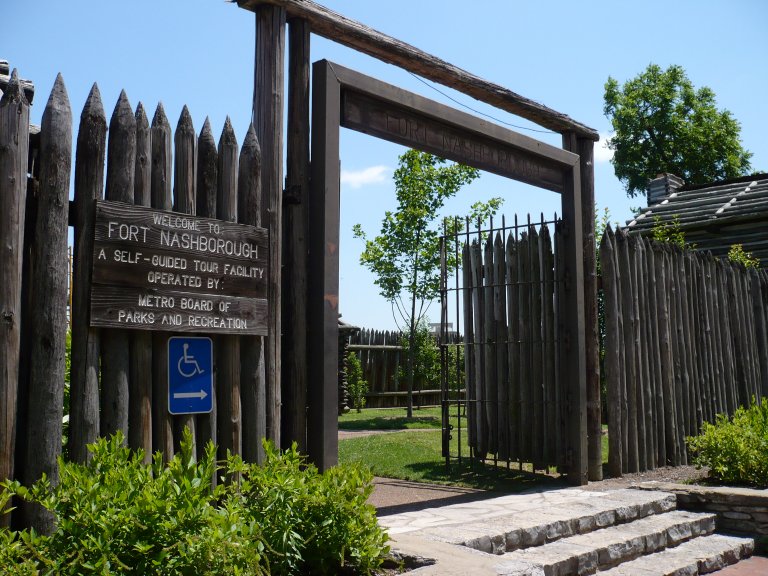 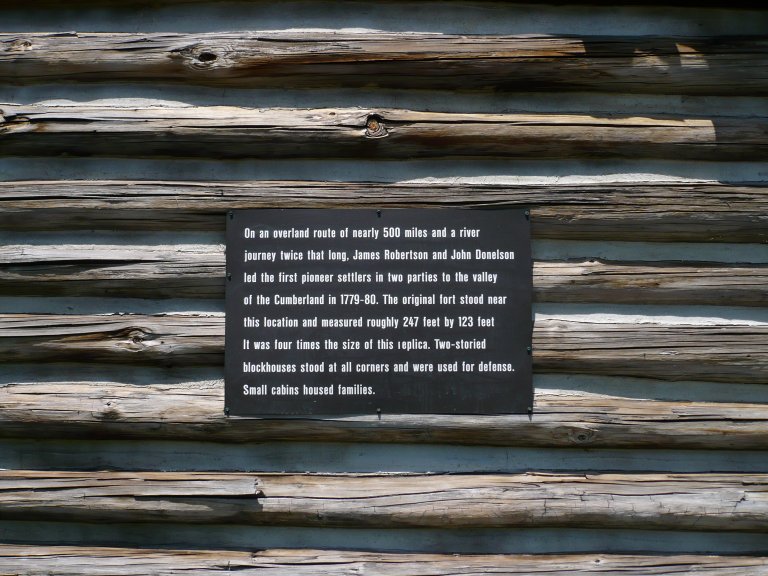 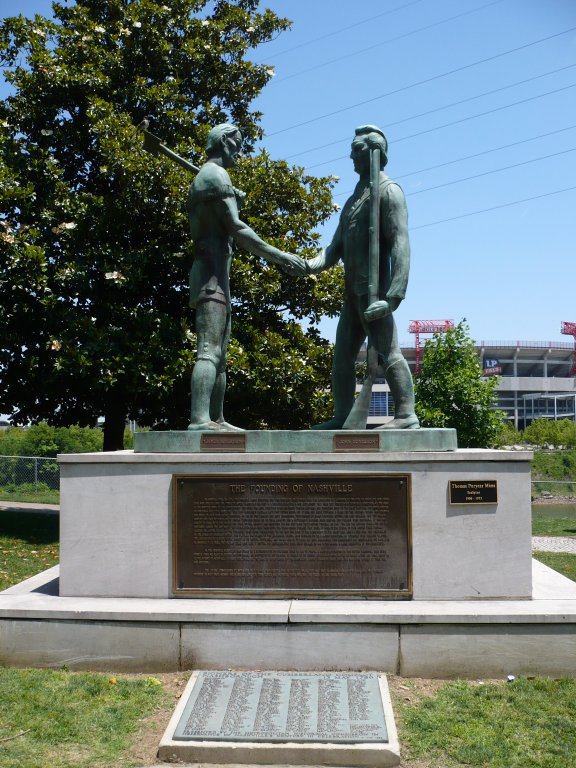