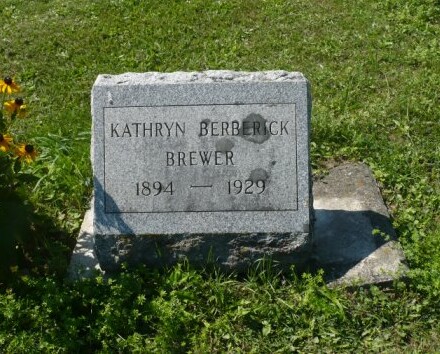 Kathryn Berberick was born in 1894 in New York. She was the sister of John Joseph Berberick, who married my great-grandmother's sister Margaret Tarkington and Margaret's daughter Louise Margaret Gray. Kathryn married Ray Brewer on 20 January 1917 in Otsego County, New York. They had three daughters and a son. Kathryn died in 1929 and was buried in Cedarville Cemetery in Cedarville, New York.
Posted by Beth at 11:48 PM