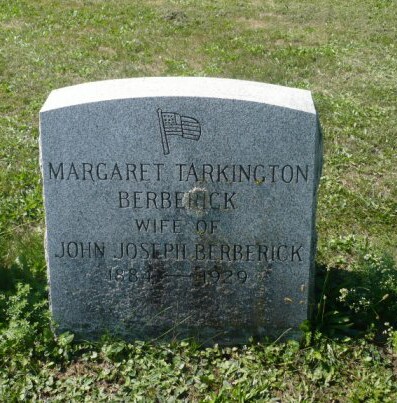 Margaret Tarkington was born in Nashville, Tennessee on 15 February 1884. She was the daughter of my great-great-grandparents James William Tarkington and Anna Malvina Binkley. Margaret worked as a telephone operator. Her daughter Louise Margaret Gray was born on 6 December 1906. Margaret married John Joseph Berberick. They lived in Buffalo, New York, and then moved to Cedarville, Herkimer County, New York. Margaret died on 12 January 1929 and was buried in Cedarville Cemetery on 16 January 1929.
Posted by Beth at 12:32 AM