My 6th-great-grandfather Francis Hardgrave was born on 5 March 1745 in Augusta County, Virginia. He was the son of James Hardgrave and Elizabeth Cawley. Francis married Sarah Greer, and the couple moved to Surry County, North Carolina about 1770. They lived near Sarah's father John Greer and other members of the Greer family. Francis was tax assessor for his local tax district in 1777. The area became part of Wilkes County after the county was founded in 1778.

Francis was a member of the Providence Baptist Church in Davidson County, Tennessee. Although he was in his sixties, Francis served in the War of 1812.

Francis' daughters Nancy and Hannah and their families eventually came to Tennessee as well. Nancy, by then a widow, married her husband's brother John Mills in Davidson County, Tennessee in 1820, and they settled in nearby Sumner County, Tennessee. Hannah, who was head of household by 1820, lived near her parents on land that Francis owned.

Francis died on 7 August 1828 in Davidson County, Tennessee. He is buried in the Hardgrave Family Cemetery in Williamson County, Tennessee. In his will, he left his daughter Hannah, my 5th-great-grandmother, the land that she was living on, and he stated that after she died, it was to go to her son James Russell. James Russell was Hannah's youngest son, and possibly her youngest child. Hannah appears to have been widowed by 1820, when James was only about three years old. Francis made sure that his young grandson would be provided for. He also specified that after his three daughters died, their shares of the inheritance were to be divided among the heirs of their bodies. He wanted to be sure that the inheritance passed to his daughters' descendants. 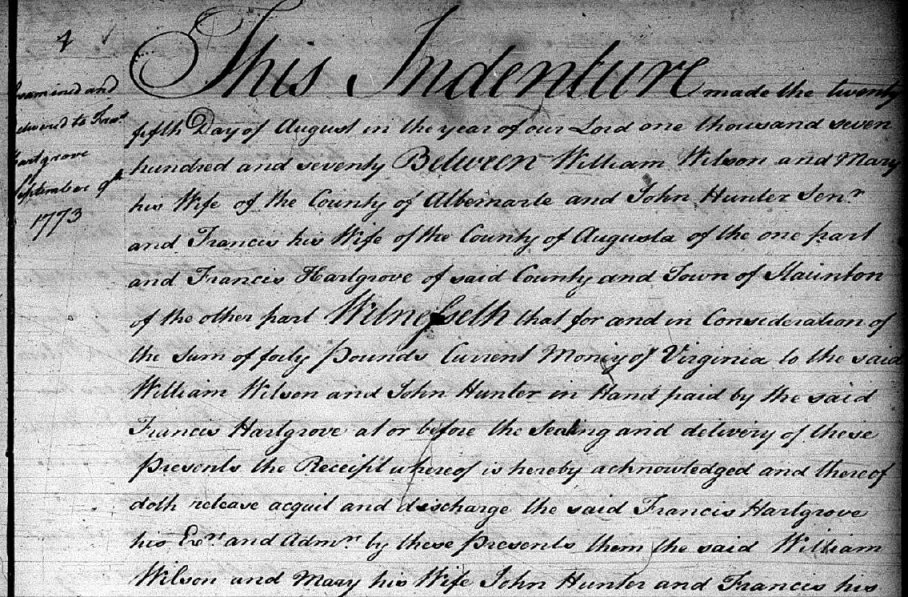 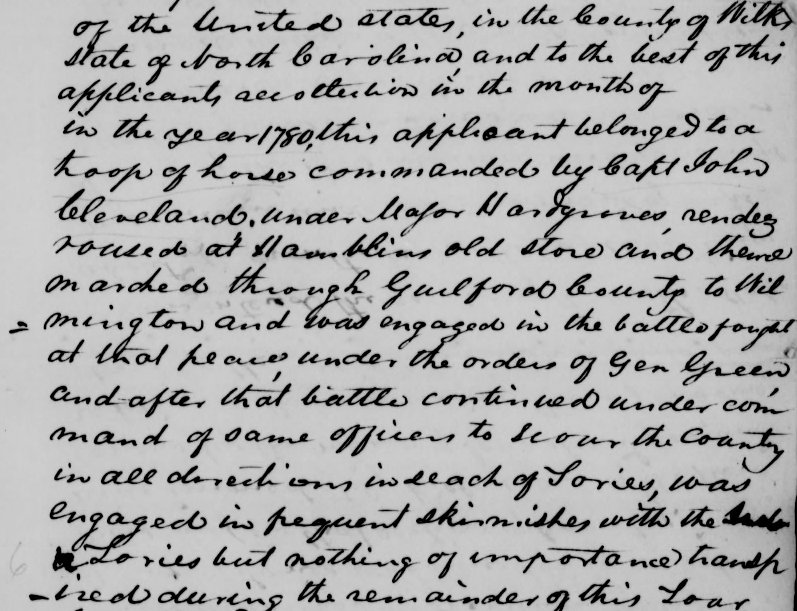 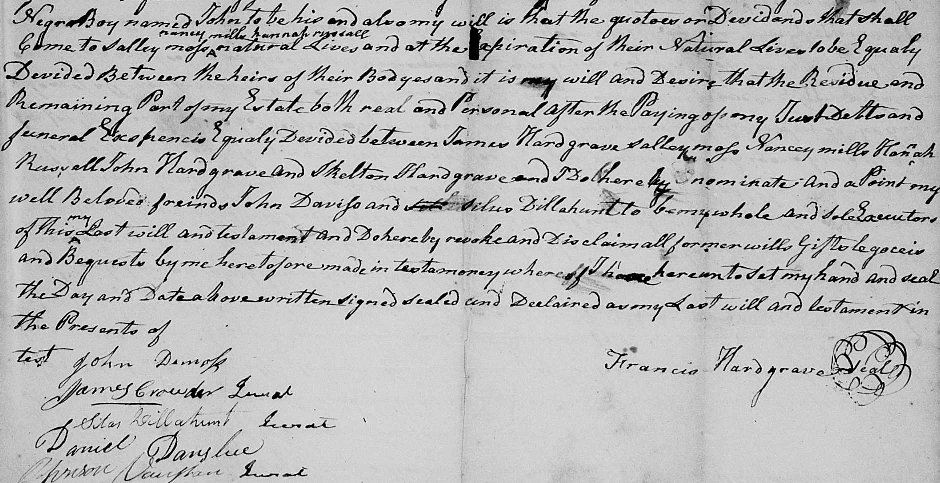 Will of Francis Hardgrave, Davidson County, Tennessee, Will Book No. 9. Available from FamilySearch. 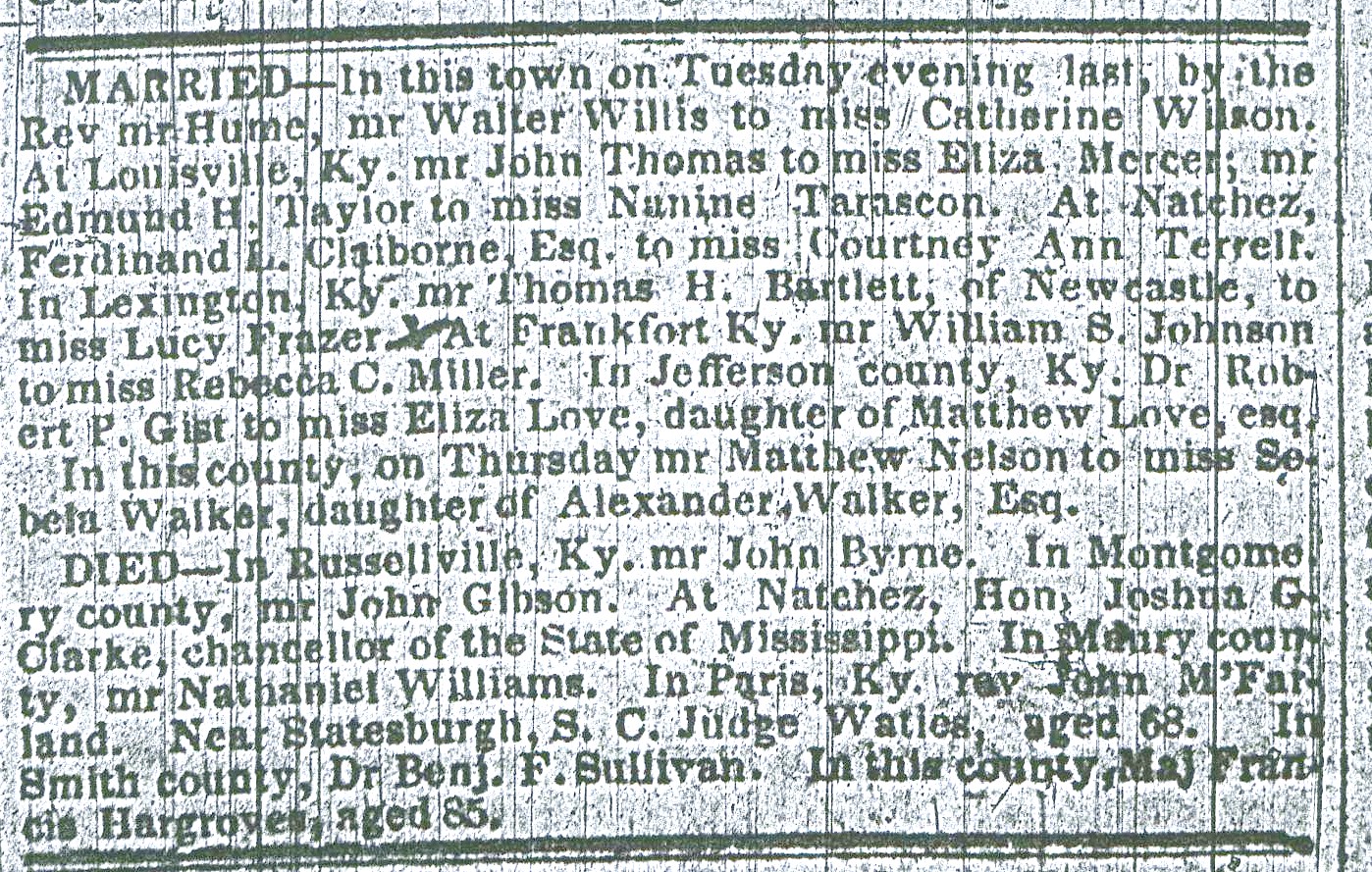