The Saturday before Thanksgiving is National Adoption Day. The day is intended to raise awareness of the large number of children in foster care waiting for adoption, and to celebrate adoptive families.

My great-great-grandmother's sister Clara Matilda Borg and her husband Nils A. Samuelson never had biological children, but they raised a girl, Etta Maria Carter, and a boy, Leroy G. "Roy" Johnson. 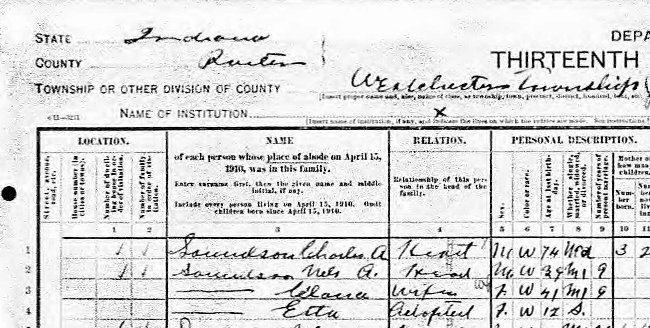 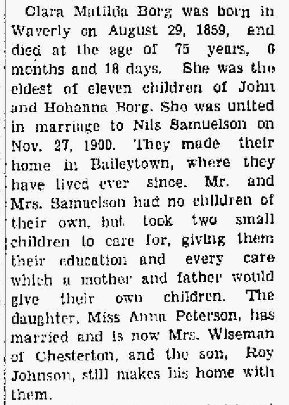 The Vidette-Messenger, 20 March 1934, page 2. (The name of the daughter is listed incorrectly.)

The girl's biological parents reconciled after the adoption had approved, and wanted her back. The Davidson County, Tennessee Circuit Court ruled that it was in the best interests of the child for her to remain with her adoptive parents. The below excerpt from an article in the Nashville Union and American, 3 December 1874, shows that the adoptive mother and daughter had formed a close bond.

My great-grandmother Kathleen (Graham) Mapplebeck Boe was the biological daughter of James Graham, but when her mother Catherine Elizabeth Winters married James Mapplebeck, she took his name and he became her father. The adoption may have been informal rather than legal, but Kathleen's application for a Social Security account shows that James Mapplebeck was the man that she considered to be her father. 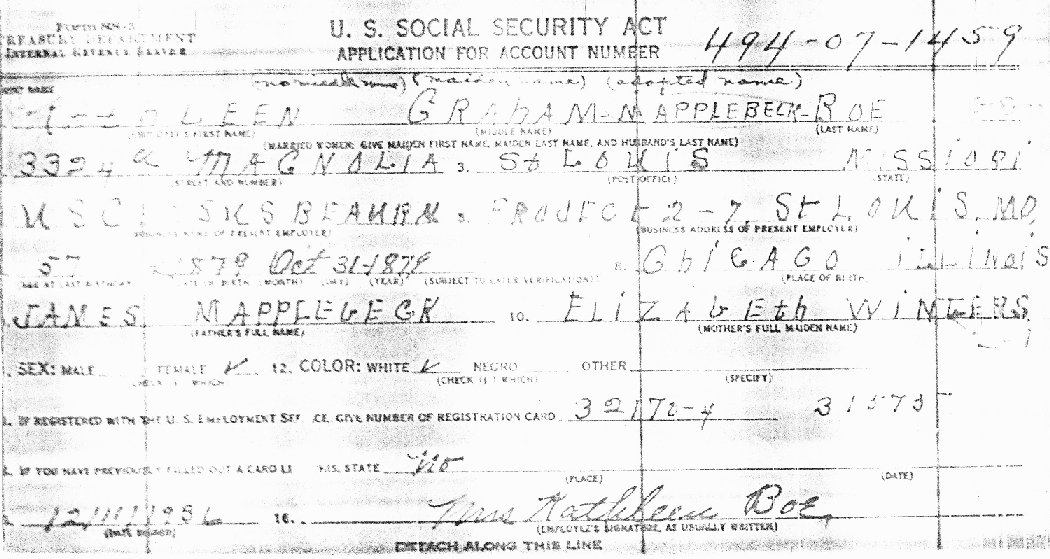