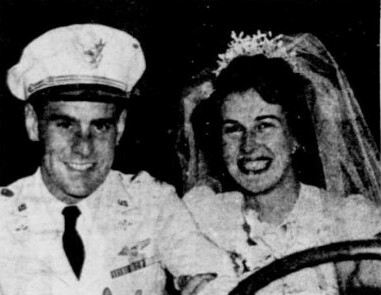 I never met Peggy, but I have several family group sheets that she compiled, which she probably sent to my paternal grandfather. Most of the information was taken from the family Bible of Laura Belle (Tarkington) Leech, and from notes that Laura Belle wrote before she died.

The names and dates of birth and death of Davidson and Angeline's children are recorded. Their first two children, Sara Elizabeth and Louise Jane, died very young; Sara Elizabeth lived for about two weeks, and Louise Jane lived for just over a year. These children never appeared in census records, and there were no Tennessee birth and death certificates in the 1850s. If I did not have Peggy's family group sheet, I would not know about these children.

The family group sheet for Davidson Binkley and Angeline Mayo includes a note which states that Davidson Binkley had worked for Spillers (possibly for the Spiller family; he is buried in Spiller Cemetery in Williamson County, Illinois), that Lee Mayo (Angeline's brother) had worked for "old Mrs. DeMoss" at Bellevue,  and that Lee Mayo gave "Grandma Binkley" (his sister Angeline) money to buy a house at Vaughn's Gap, Tennessee. The family group sheet for my 3rd-great-grandparents Joseph Tarkington and Amanda Russell includes the note "Pauline Chilton Tarkington told Maydell that Amanda Russell was a great beauty & southern belle who married beneath her" and also mentions that Pauline has a picture. (I would love to see this picture someday!)

If Peggy had not compiled these family group sheets and shared them with my family, I never would have known these things. I am very thankful that she shared them.

I wonder what happened to Laura Belle (Tarkington) Leech's family Bible. I suspect that Peggy probably had it; her mother was Laura Belle's only daughter, and family documents are often passed down to daughters. Peggy died in 1985. When I learned that she had a son with her husband Fred Logan Trickey (also named Fred Logan Trickey), I hoped that I could get in touch with him. I found out that he had been living in New York City, not too far away from me, but then I learned that he had died in 2010. Her other son is sportscaster Jim Lampley; because he is a public figure, it may not be easy to get in touch with him.
Posted by Beth at 1:16 AM