My parents have the chair that was made for his son Edward (my great-grandfather, and my father's grandfather). 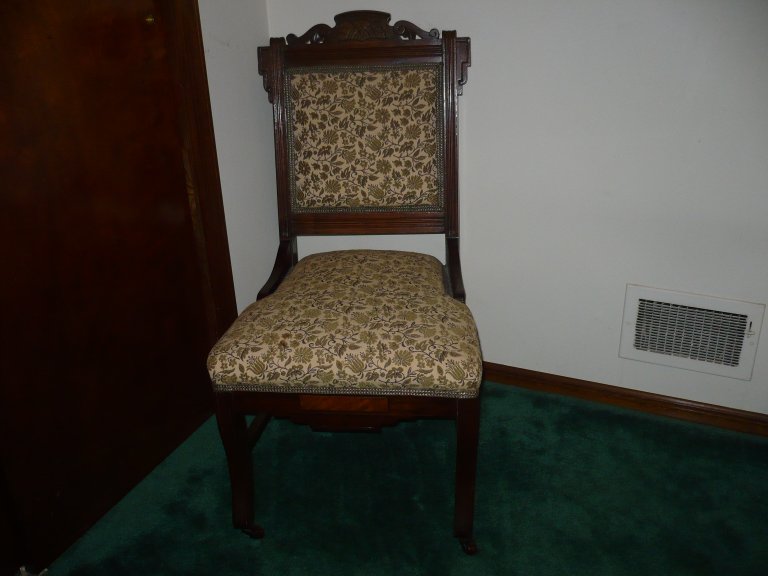 My cousin Carla has two of the chairs. One of them was made for her grandmother, Esther. Esther did the needlepoint on the chair. 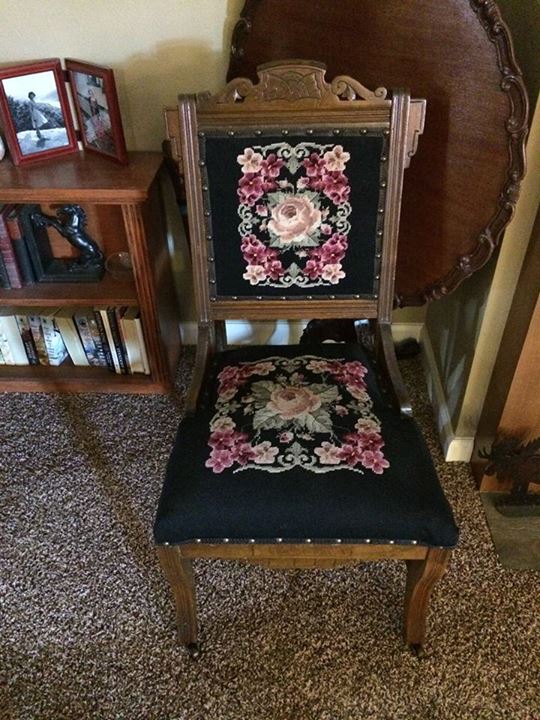 The other chair was made for Anna, the oldest daughter. 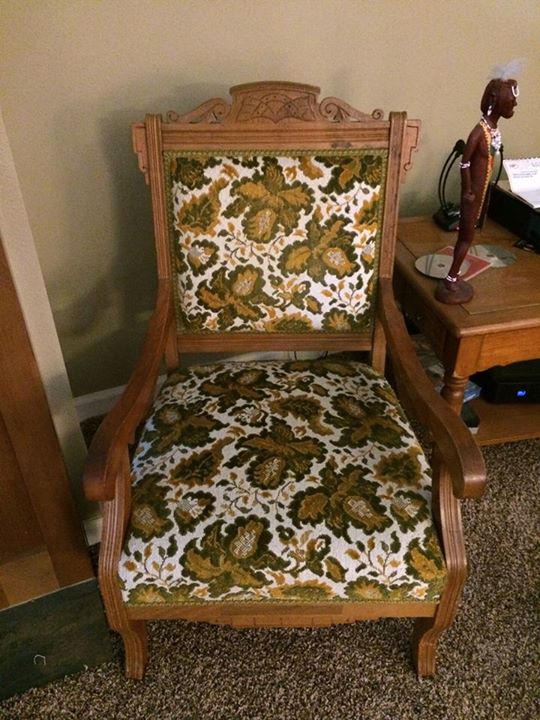 Carla and I would love to know where the other three chairs are. Hopefully they are still with family.
Posted by Beth at 10:06 PM