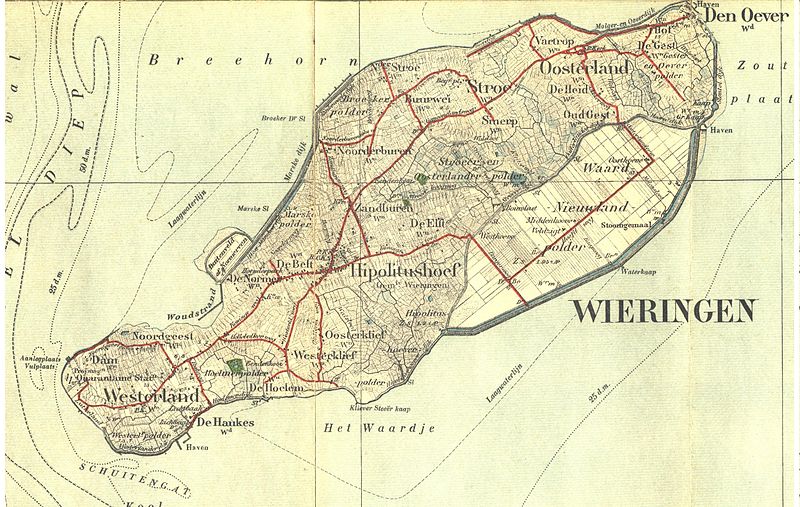 This map from 1909 depicts the former island of Wieringen. It is now part of the municipality of Hollands Kroon, in the North Holland province of the Netherlands. Between 1924 and 1932, dikes were built and the surrounding water was drained and filled in. Wieringen is now connected to the mainland.

My 10th-great-grandfather Meindert Doodes was from Wieringen.
Posted by Beth at 11:08 PM