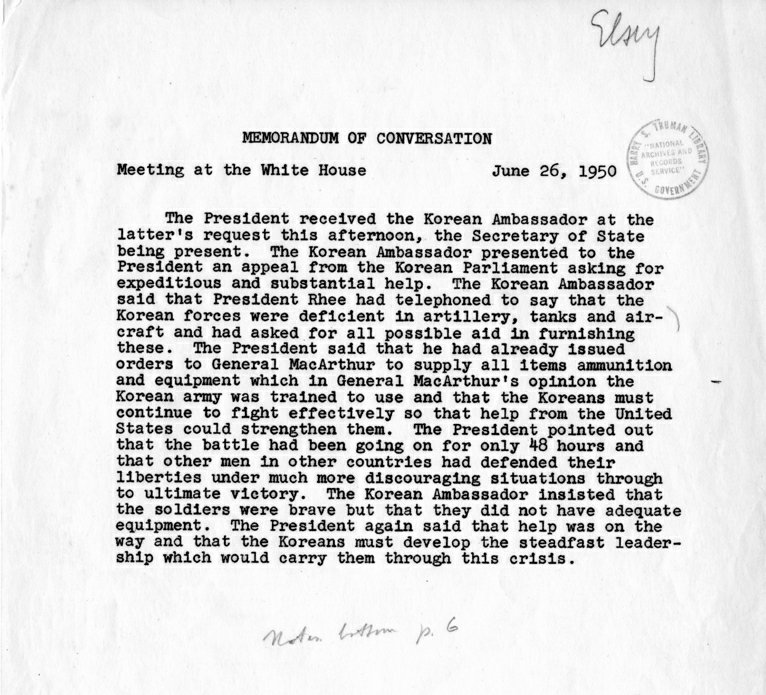 The Korean Conflict began on Sunday, 25 June 1950 at the 38th parallel, the border between North and South Korea. North Korean leader Kim Il Sung invaded South Korea, and the conflict soon became international. The United Nations, under the leadership of the United States, joined the conflict on the side of South Korea. China and the Soviet Union assisted North Korea.

Harry Ashby Lee, the husband of my first cousin once removed Joan Elise Roberts, served in the United States Navy during the Korean War.