My 3rd-great-grandmother Franziska Schäuble was born on 24 September 1821 in Niederwihl, Waldshut, Baden, Germany. She was the daughter of Johann Schäuble (or Scheuble) and Maria Anna Albiez. Her father was a farmer (Landwirt), a cotton manufacturer (Baumwollfabrikant), and the proprietor of the Stag Inn (Hirschenwirt). 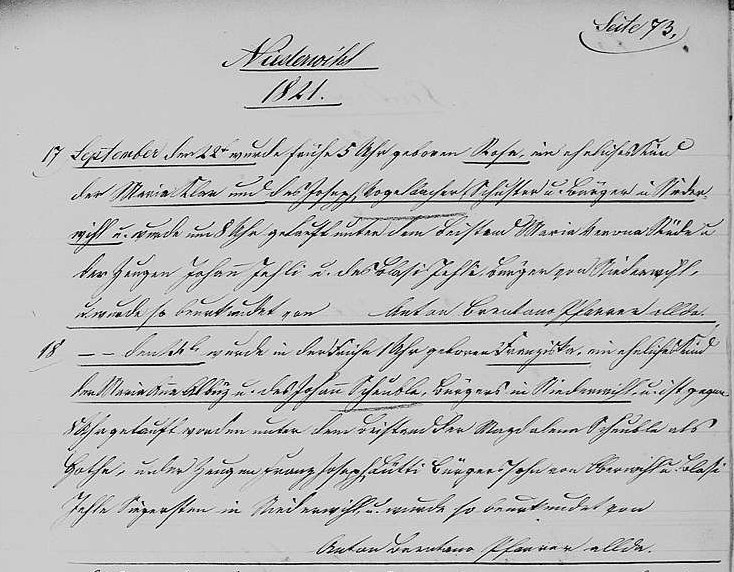 On 3 February 1848, almost two years after the birth of their daughter, Franziska and Jakob married in Niederwihl. 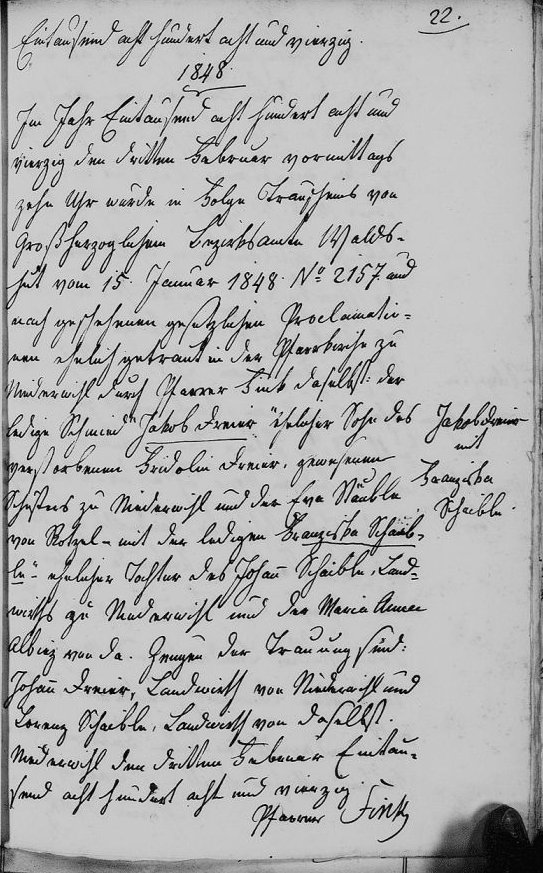 A little more than 4 months after their marriage, on 17 June 1848, their daughter Magdalena was born. Sadly, Magdalena died on 25 February 1849, one day after Kunigunde's third birthday.

Franziska lost her one remaining parent in 1851; her father Johann Schäuble died on 26 February. Later that year, on 3 June, she gave birth to her daughter Sophie. She had another daughter, Agnes, on 10 September 1852.

In 1854, Franziska's youngest sister, Sekunda Schäuble, applied for permission to emigrate from Germany and settle in the United States.