Mourning traditions became more elaborate after Queen Victoria's husband Prince Albert died in 1861; she mourned for the rest of her life.

Women were required to express grief for a longer period than men.Widows could spend two and a half years in mourning, but widowers might grieve for three months. A woman would mourn longest for a spouse; the length of time spent in mourning for other family members depended on the relationship to the deceased. For example, a woman would spend a longer time in mourning for a parent than for a cousin.

Mourning was expensive, because the required clothes had to be fashionable. Black clothes were to be worn at first. Many of them were made of crape (the word was spelled crape, not crêpe, when it was associated with mourning.) 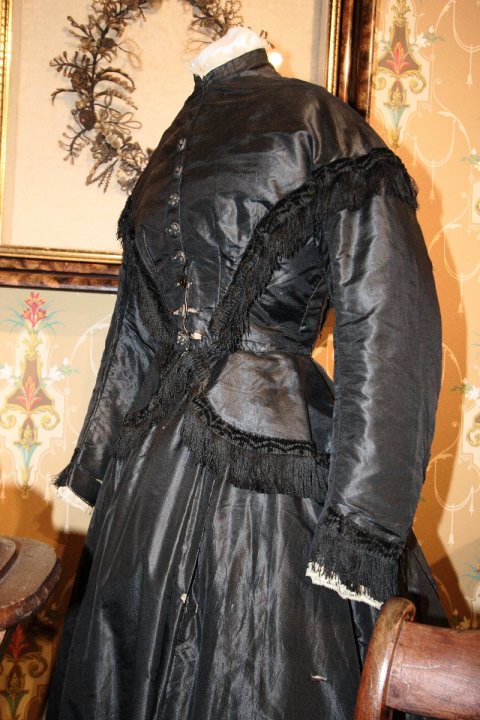 Women wore black veils when they left their homes.

Bonnets were worn instead of hats.

During half mourning, the last part of the mourning period, other colors besides black could be worn. Colors such as gray, purple, mauve, and white were gradually mixed in.

Jewelry also had to be appropriate for mourning. 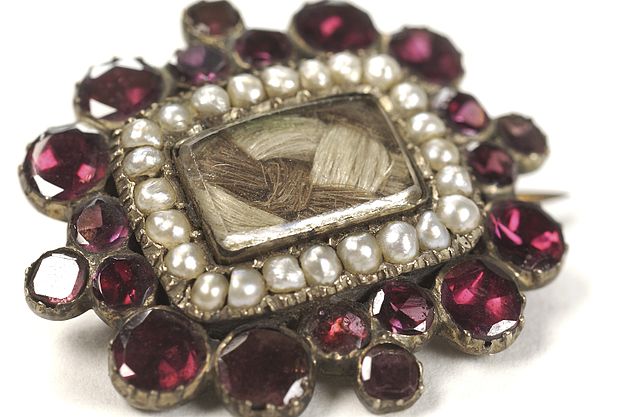