Travel Tuesday: Laszlo and Rosa Nagy's Trip to the Kingdom of Hungary

When he was a young child, my maternal grandmother's sister's husband Laszlo James Nagy and his mother Rosa (Koncz) Nagy traveled to the Kingdom of Hungary to visit family. Laszlo's grandfather (and Rosa's father) was listed as the nearest relative on the passenger manifest for their trip back home to New York. He lived in Törökbecse, Torontál County, Kingdom of Hungary (now Novi Bečej, Central Banat District, Vojvodina, Serbia). They sailed home from Fiume (now Rijeka, Croatia) on the Ivernia and arrived in New York City on 17 May 1913. Laszlo was only four years old. 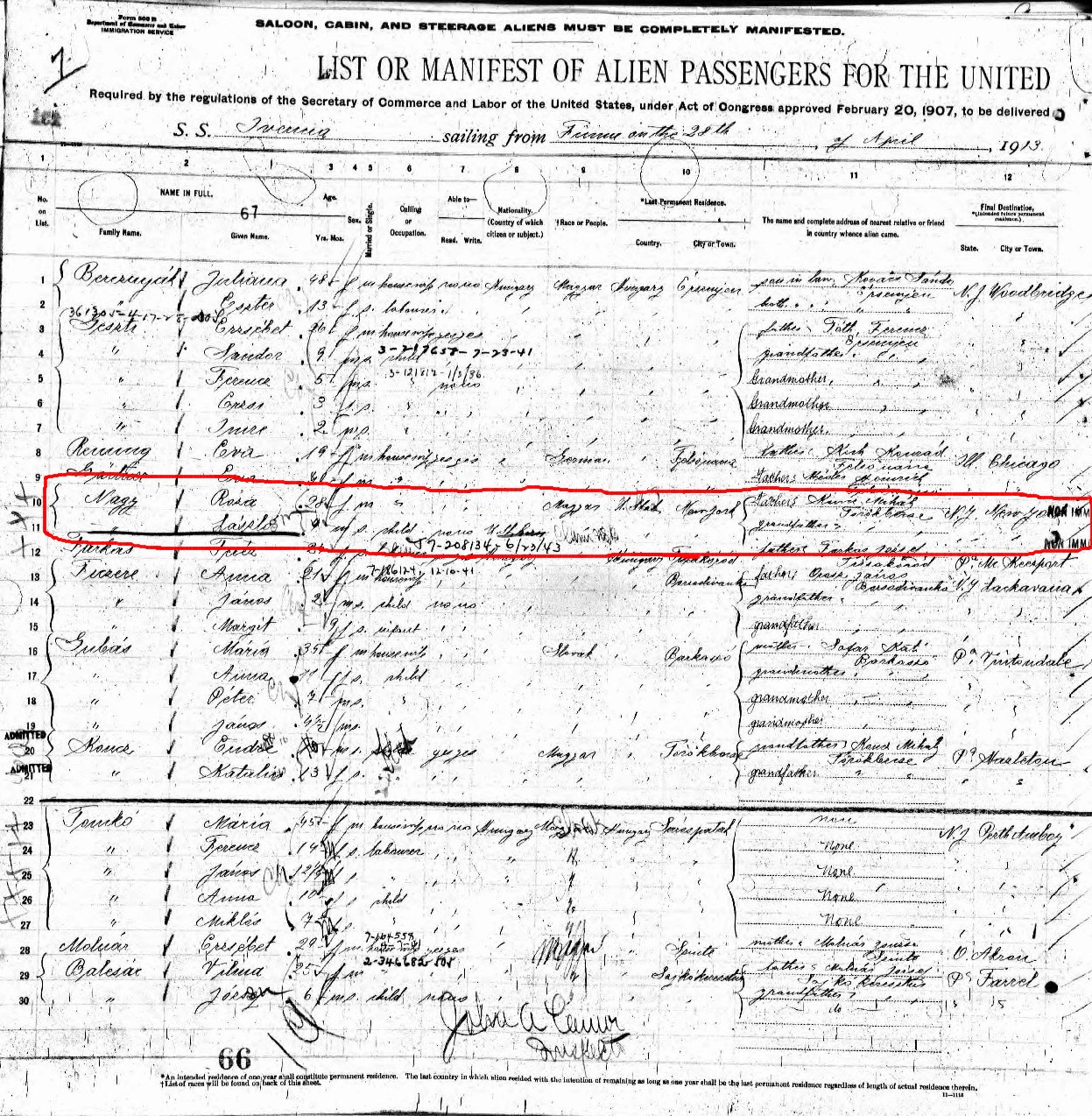