In January, I traveled to Germany and visited some ancestral places. I loved visiting all of them, but I found Erpel especially beautiful. 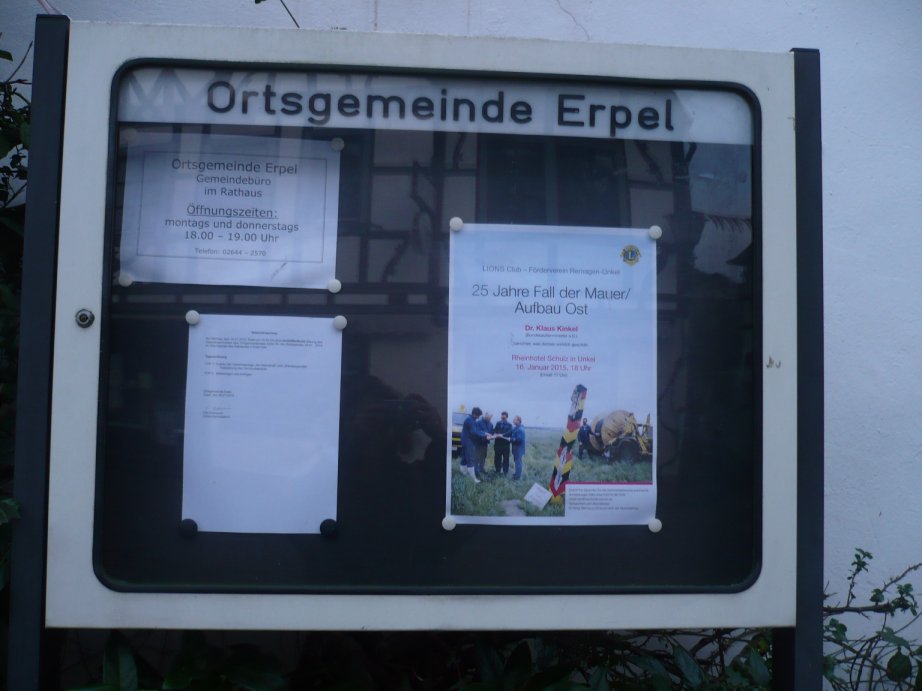 Erpel is a local community (Ortsgemeinde) which is part of the collective municipality Unkel, in Kreis (district) Neuwied, in the state of  Rhineland-Palatinate (Rheinland-Pfalz). It is located on the eastern bank of the Rhine River, across from Remagen, another ancestral place of mine. 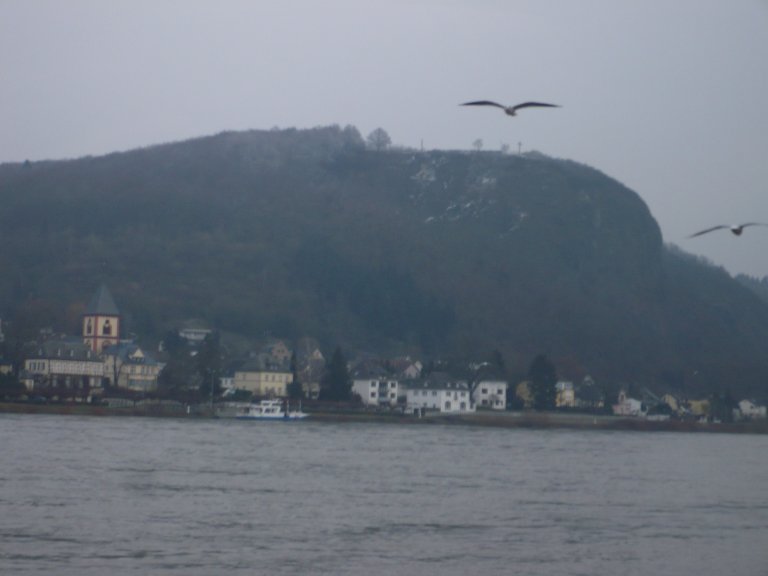 View of Erpel from Remagen

My 2nd-great-grandfather Carl Joseph Schneider was born in Erpel. His father, Johann Wilhelm Schneider, was born in Remagen, and his father's mother's family lived in Remagen for generations. But on his mother Sibylle Lindlohr's side, his roots were in Erpel.

My 3rd-great-grandmother Anna Sibylle Lindlohr was born in Erpel on 20 December 1823. She was the daughter of Gottfried Lindlohr and Agathe Weiler (or Wieler). On 21 December 1823, she was baptized at Pfarrkirche St. Severinus, the Roman Catholic Church in Erpel. Her baptismal sponsors were Peter Wilhelm Stieldorf and Anna Sibylle Lindlohr, represented by Anna Maria Lindlohr. 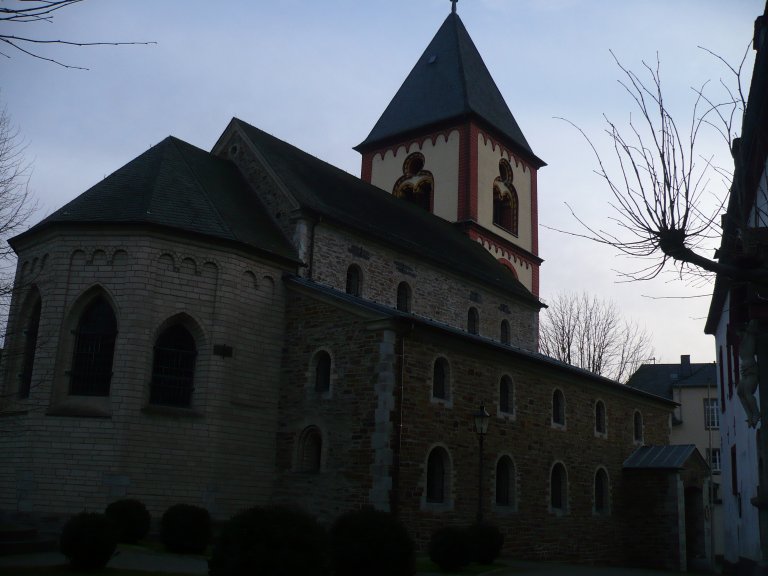 Pfarrkirche St. Severinus, the location of many family baptisms, marriages, and funerals

On 24 June 1845 in Erpel, Sibylle married Heinrich Josef Hellmann from Bad Godesberg. The witnesses to the wedding were Karl Lindlohr and Matthias Jos. Klaeser. Their first child, Maria, was born on 12 March 1846. Another daughter, Adelheid, was born on 23 April 1848, but died a year later, on 26 April 1849. Their son Christian Josef was born on 11 February 1850.

Heinrich Josef Hellman died on 10 October 1850. A little more than a year after losing her husband, Sibylle lost her daughter too; Maria died on 21 February 1852.

Sibylle married my 3rd-great-grandfather Johann Wilhelm Schneider in Erpel on 20 April 1853. The witnesses to the wedding were Peter Frizam and Johann Belinger from Remagen. Less than a month later, on 15 May 1853, their daughter Anna Maria was born. Not long afterward, Sibylle lost another child: her son Christian Josef Hellmann died on 4 July 1853.

Sibylle and Wilhelm's next child, my 2nd-great-grandfather Carl Joseph, was born on 22 January 1855. Their son Johann Wilhelm (later known as John William) was born on 24 December 1856.

Sibylle died in Erpel on 2 April 1862. Her cause of death was listed as Auszehrung (emaciation, consumption, tuberculosis). She was buried on 5 April 1862. 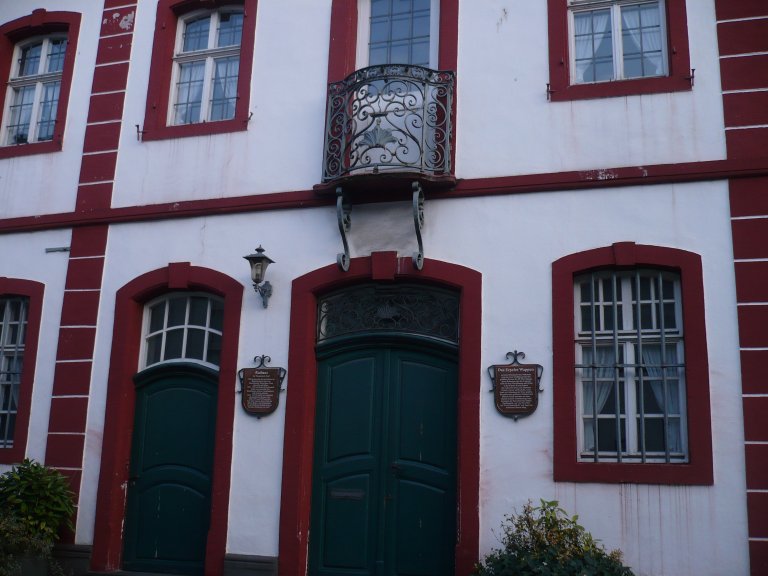 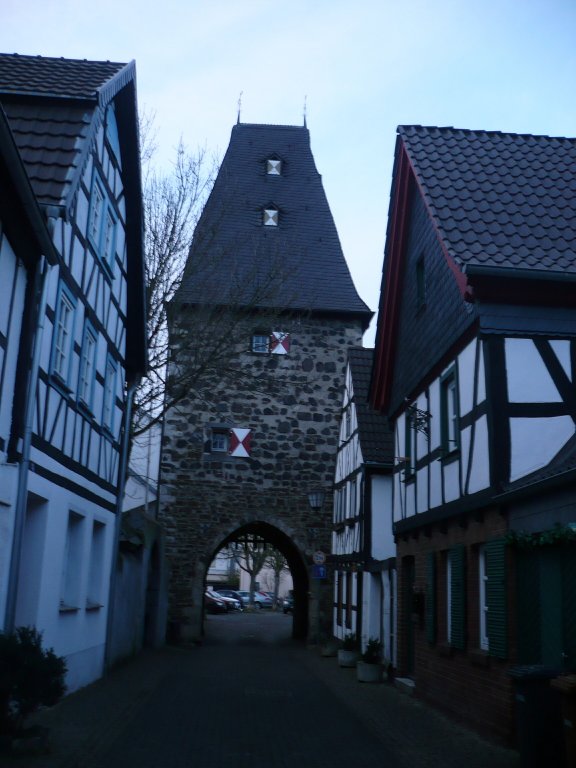 Neutor (New Gate), the only remaining tower of the old city wall
Posted by Beth at 11:57 PM