My 3rd-great-grandmother Angeline Isabelle Mayo was born 185 years ago today, on 16 August 1831, in Virginia. She was the daughter of Jacob Dillard Mayo and Eliza Bardil Gordon. Considering the family tradition of using family surnames as middle names, her name may actually have been Angeline Isbell Mayo.

Angeline was hard of hearing ever since her childhood. She had difficulty hearing conversations unless people spoke in a loud voice. 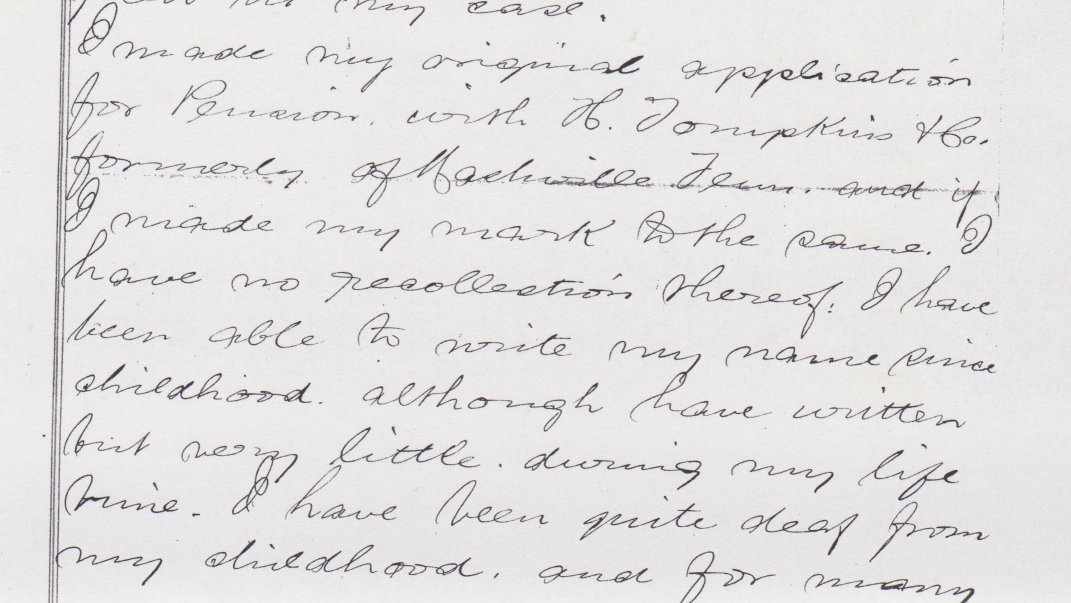 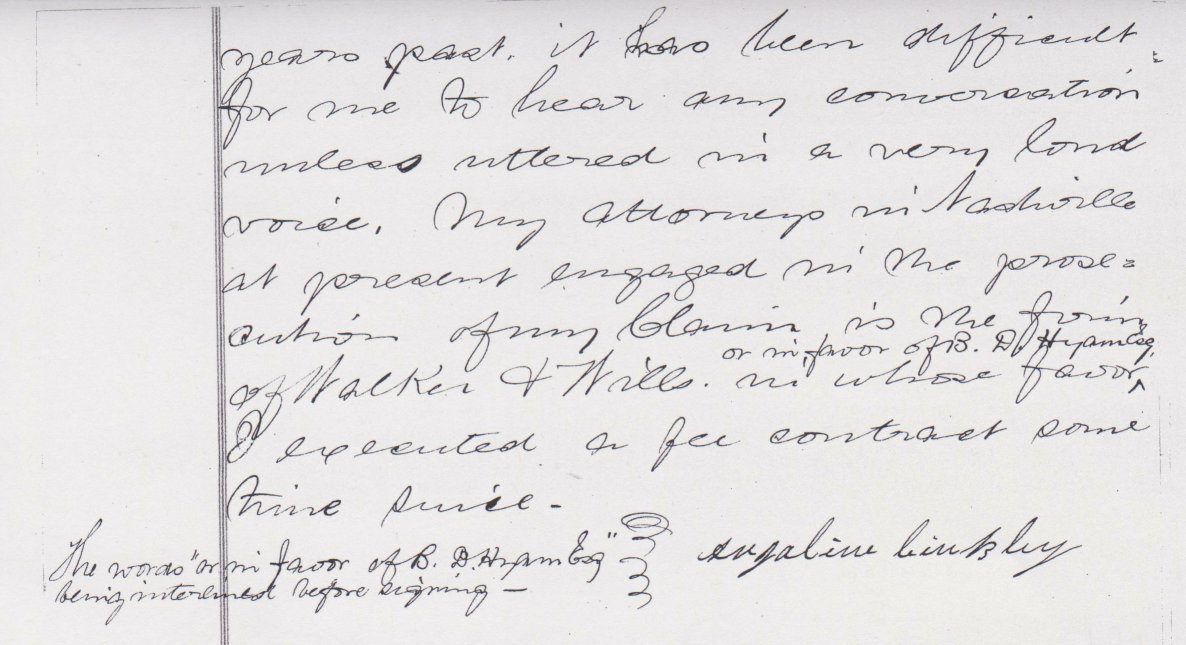 By 1839, Angeline and her family had moved to Davidson County, Tennessee. Her mother Eliza had died by 29 July 1841, when her father Jacob married Nancy Lee.

Angeline married Davidson Binkley on 20 January 1853 at her father's home in Whites Creek, Davidson County, Tennessee. The couple were married by Jonathan Garrett. 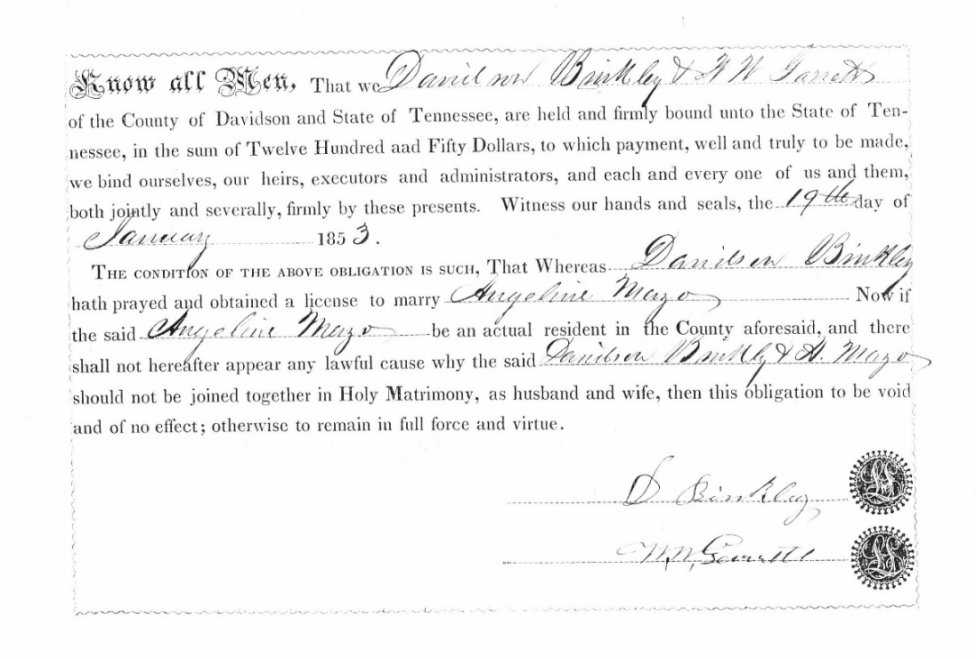 On 12 February 1861, their son James Rutherford Binkley was born. Mrs. Moore was the midwife.

Angeline's husband Davidson joined the Union Army on 26 September 1862 at Camp Butler, Illinois, and he mustered in at Camp Butler on 5 November 1862. He died of measles on 9 January 1863 in Cairo, Alexander County, Illinois, while serving in Company G, 128th Illinois Infantry. After his death, Angeline and their children moved back to Tennessee. They lived with her brother, Samuel Lee Mayo. 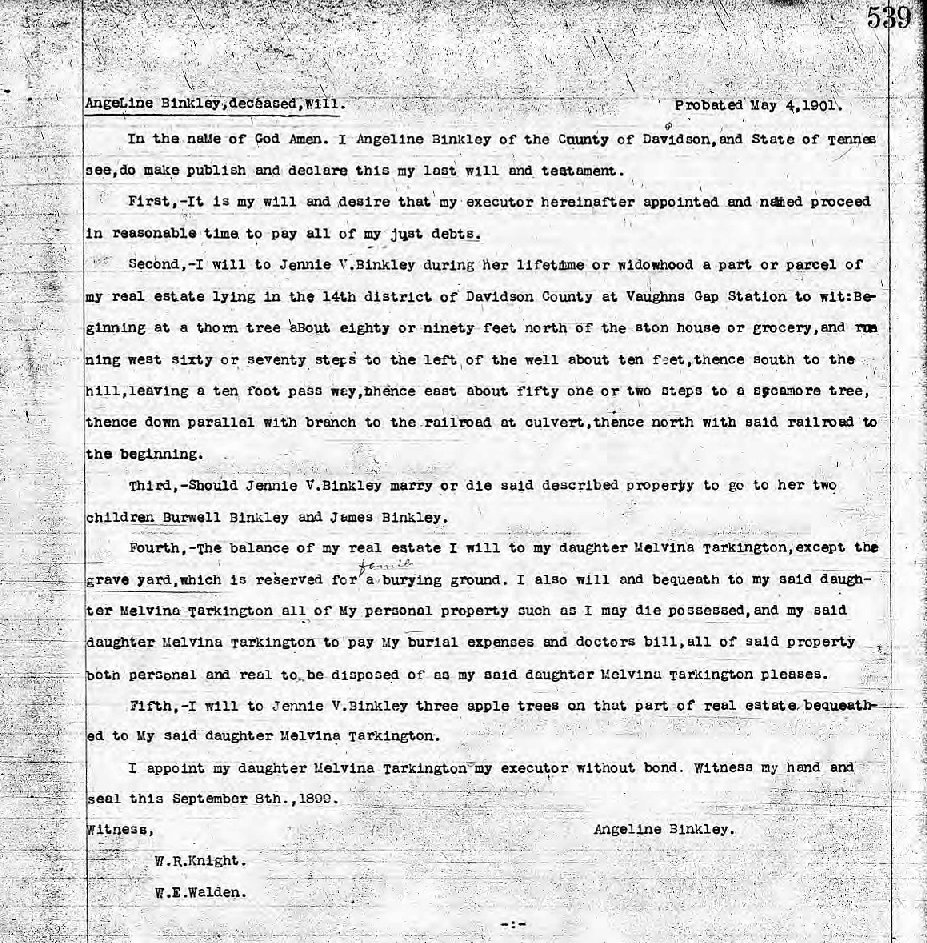