On 31 August 1798, General Jean Joseph Amable Humbert proclaimed the Republic of Connacht (also spelled Connaught), a French client republic. It was established by French Revolutionary Army and the United Irishmen during the Irish Rebellion of 1798. The United Irishmen wanted Ireland to separate from Great Britain. Humbert appointed John Moore as President of the Republic of Connacht. 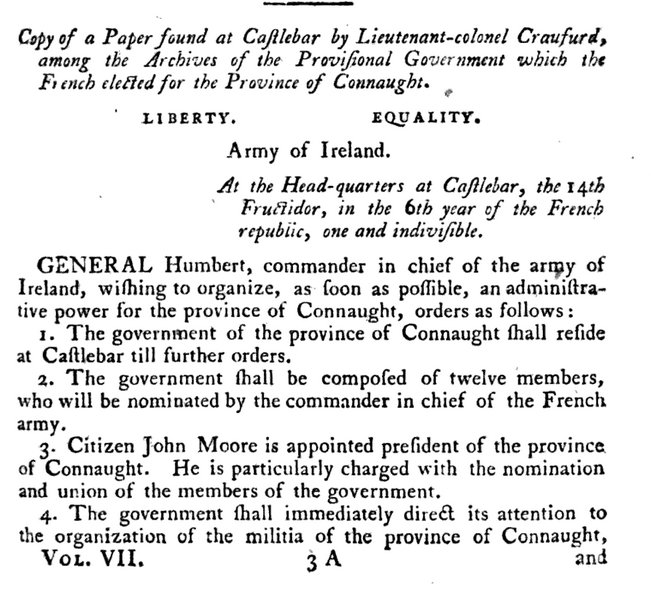 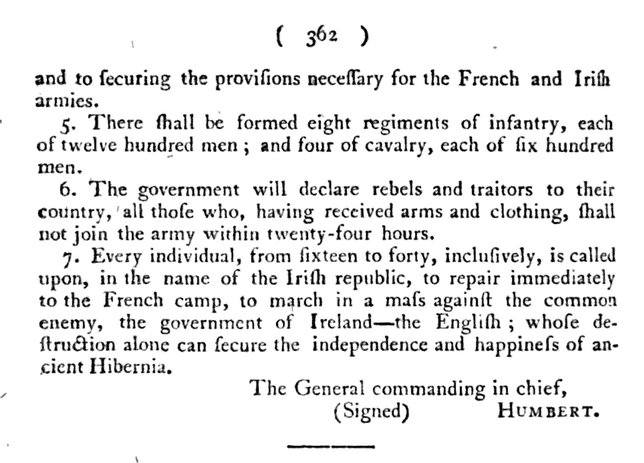 A Collection of State Papers Relative to the War Against France Now Carrying on by Great Britain and the Several Other European Powers. J. Debritt, 1799. Pages 361-362. Available from Google Books.

The Republic of Connacht only lasted until 8 September 1798, when the French and the United Irishmen were defeated by Great Britain at the Battle of Ballinamuck in County Longford.

Connacht consists of five counties: Galway, Leitrim, Mayo, Roscommon, and Sligo. My 3rd-great-grandfather Michael Dyer was from County Roscommon. Although he had not yet been born at the time the Republic of Connacht was established (he was born about 1829), his family may have been in the area.