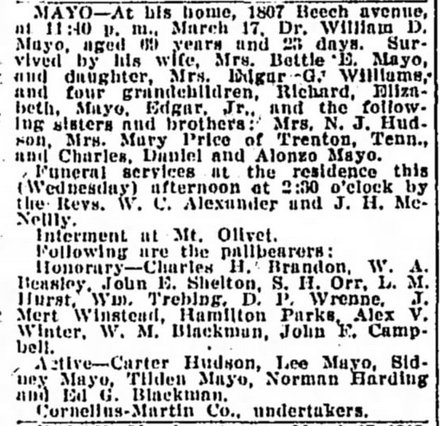 William worked as a druggist, and in the insurance and real estate business. He was a director of the Commercial National Bank of Nashville.