My great-great-grandfather's sister Julia Tarkington married Frederick R. Johnson on 13 August 1898 in New York City. They separated less than a year later. Julia provided information about the Tarkington family to Edythe Rucker Whitley, and the compiled information includes the following statement about Julia's husband Fred: "He was so disipated [sic] that she was unable to live with him." Perhaps Fred took after his mother, Caroline R. "Carrie" (Dabbs) Johnson; she was listed as "Deranged" in the "Profession, Occupation, or Trade of each person, male or female" category in the 1880 United States census. 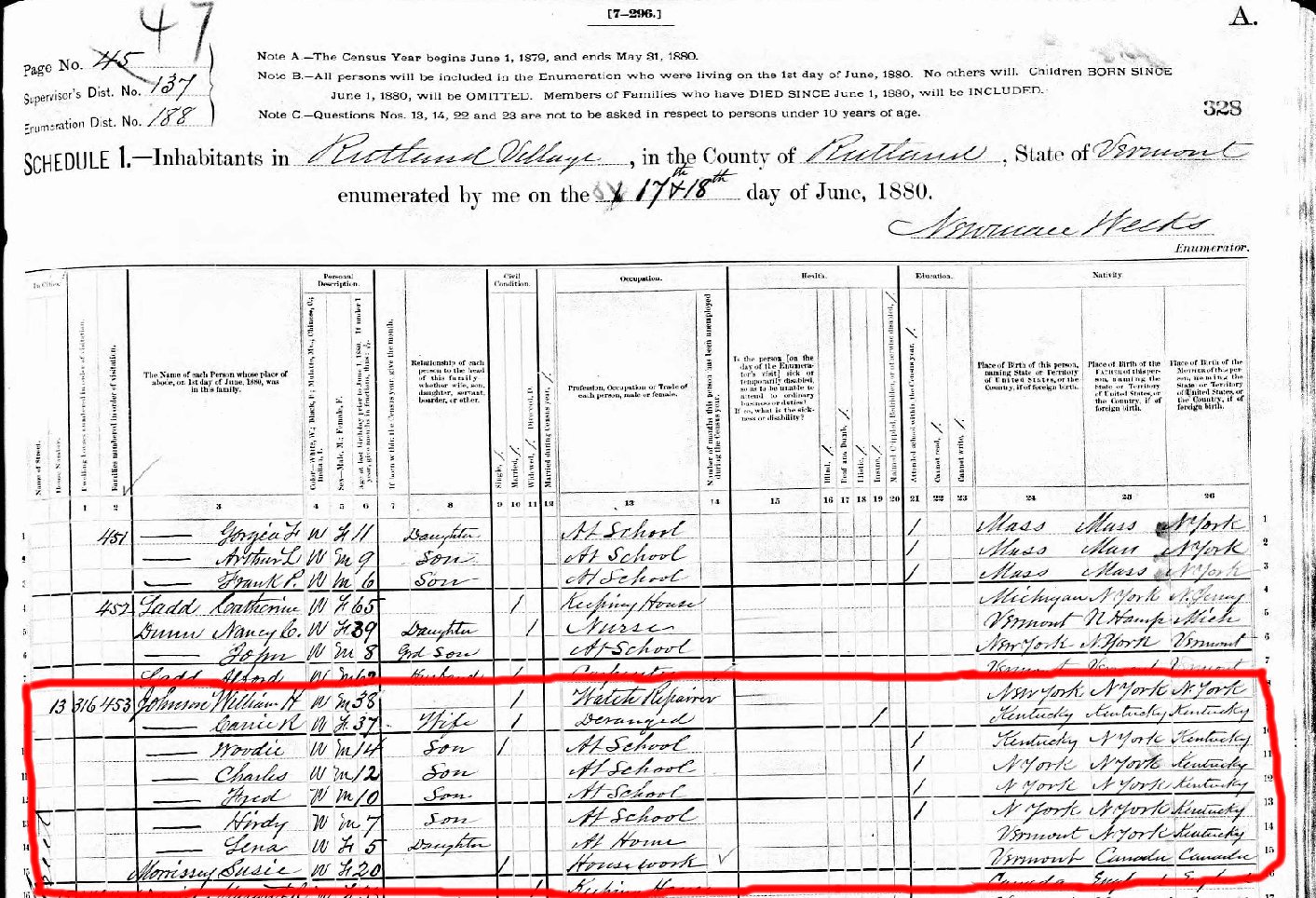 Here is a closeup of the family's enumeration: