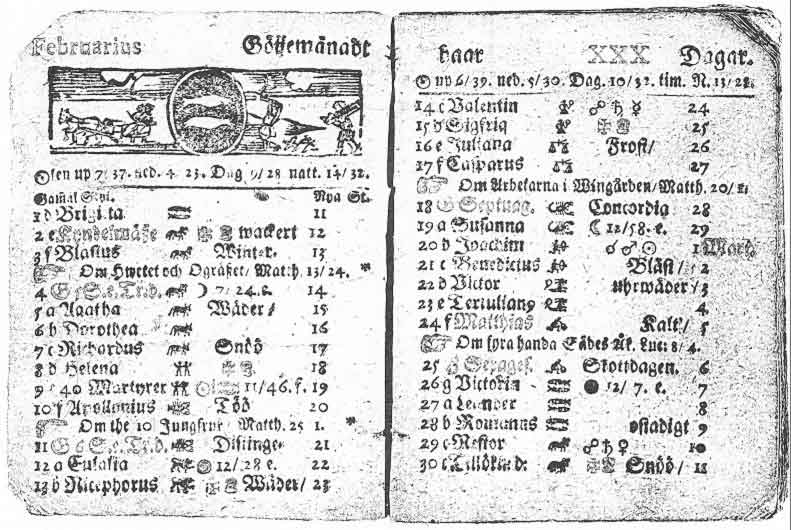 Pages from a 1712 Swedish almanac, showing the month of February. Public domain. Available from Wikimedia Commons.

In the leap year 1712, an extra day was added to the calendar. That year, there was a February 30 in Sweden. The Swedish calendar was then abandoned. Sweden adopted the Gregorian calendar in 1753.

Email ThisBlogThis!Share to TwitterShare to FacebookShare to Pinterest
Labels: Sweden