Friend of Friends Friday: Will of William Tarkington

On 22 April 1831 in Williamson County, Tennessee, William Tarkington wrote his will. He died by January 1833, when the will was recorded. 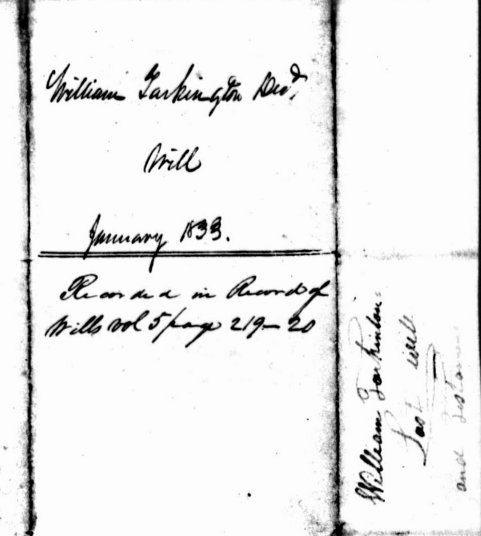 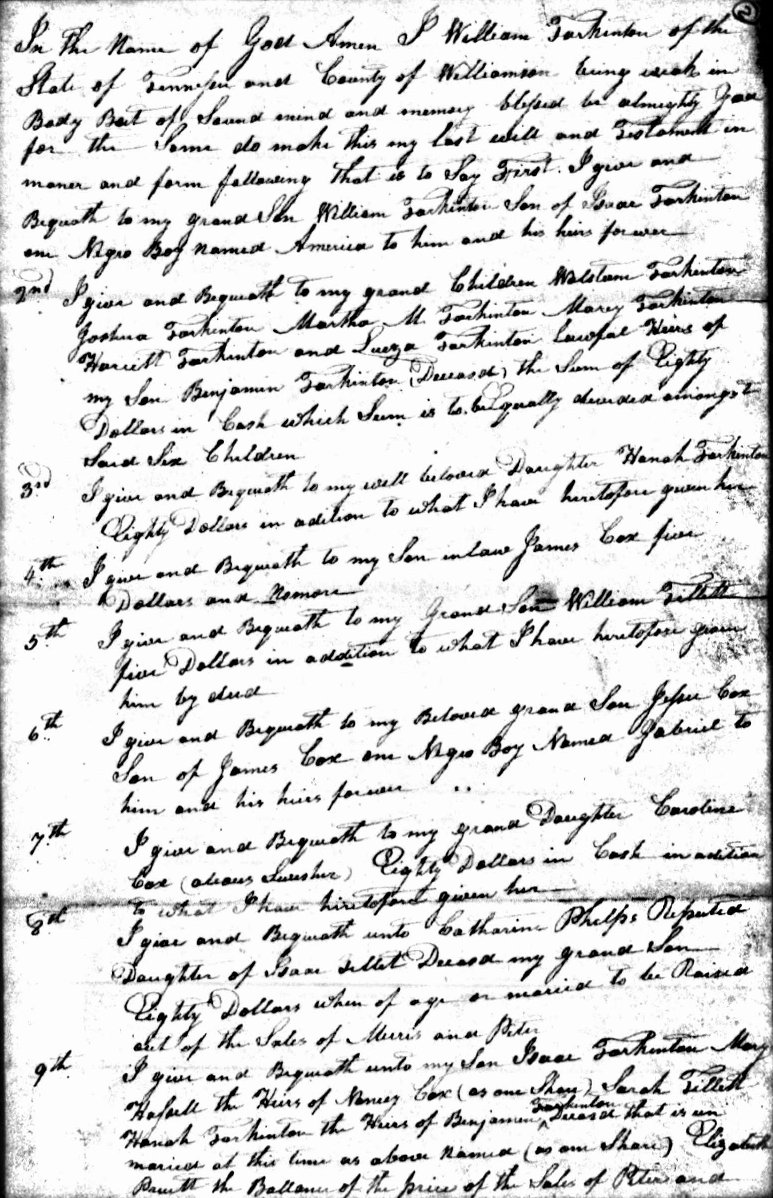 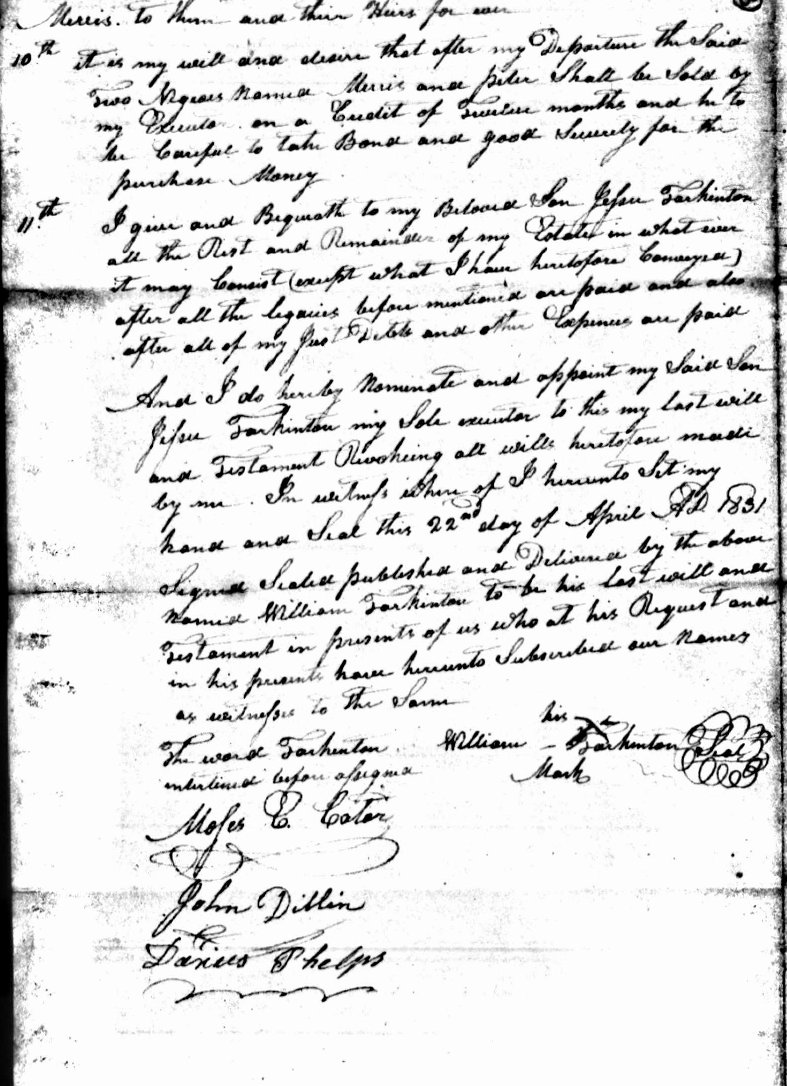 I have transcribed the portions of the will which mention William Tarkington's slaves.

10th it is my will and desire that after my Departure the Said Two Negroes Named Morris and Peter Shall be Sold by my Executor on a Credit of Twelve Months and he to be Careful to take Bond and good Surety for the purchase Money
Posted by Beth at 10:13 PM