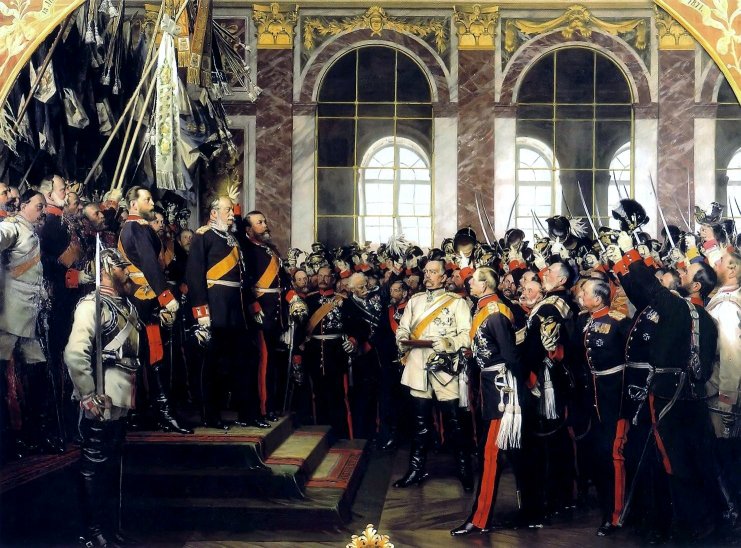 On 18 January 1871 in the Hall of Mirrors at Versailles, during the Franco-Prussian War, Wilhelm I was proclaimed German Emperor. The Holy Roman Empire of the German nation had included more than 500 independent states before it was dissolved in 1806. The North German Confederation was formed in 1866, and consisted of all German states except Bavaria, Baden, and Württemberg.  After Wilhelm I was proclaimed emperor, the North German Confederation became the German Empire. Bavaria, Baden, and Württemberg became part of the German Empire after the Treaty of Frankfurt was signed.

References
North German Confederation
Unification of Germany
William I, German Emperor
Posted by Beth at 12:07 AM

Email ThisBlogThis!Share to TwitterShare to FacebookShare to Pinterest
Labels: Germany