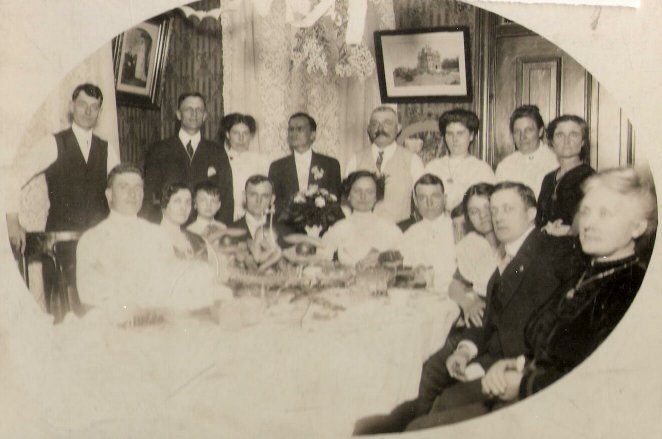 This picture was taken on the wedding day of Anna Maria Schneider (my great-grandfather's sister) and Anthony L. "Andy" Wegman. They married in St. Louis, Missouri on 1 May 1912 at Sts. Peter and Paul Catholic Church.

The people in the picture are identified below: 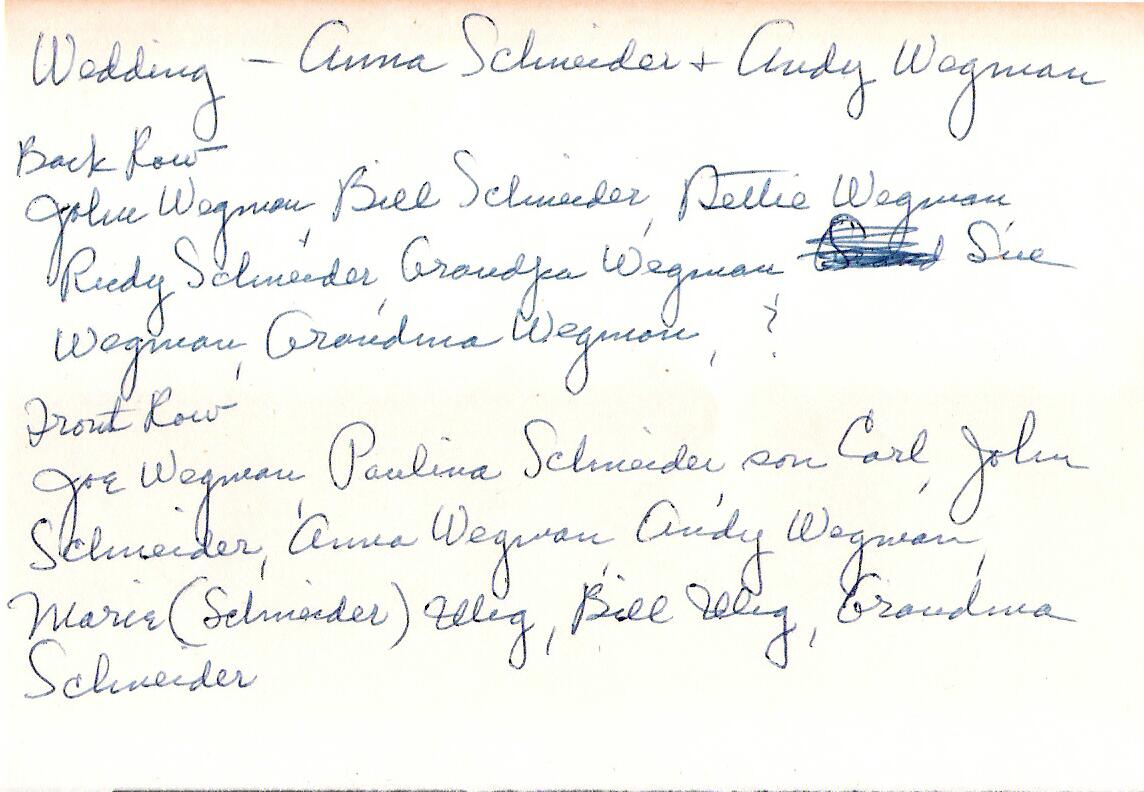 In more detail, they are: