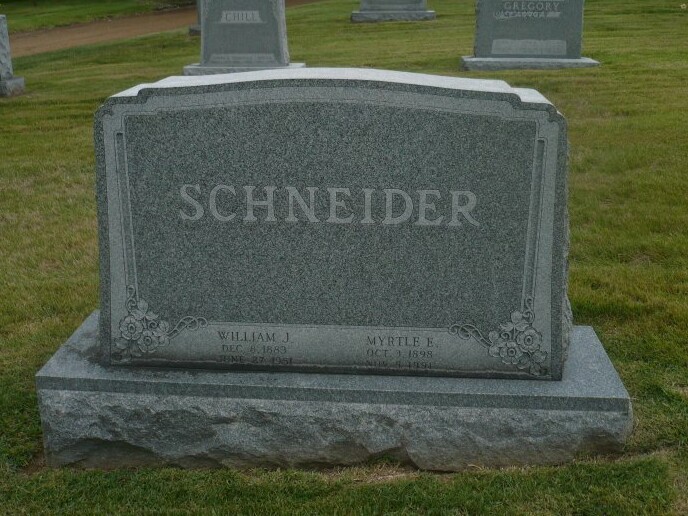 William J. Schneider was born Johann Wilhelm Schneider on 8 December 1883 in Remagen, Kreis Ahrweiler, Rheinland, Germany. He was the son of my great-great-grandparents Carl Joseph Schneider and Christina Nagel. He died on 27 June 1951 in St. Louis, Missouri.