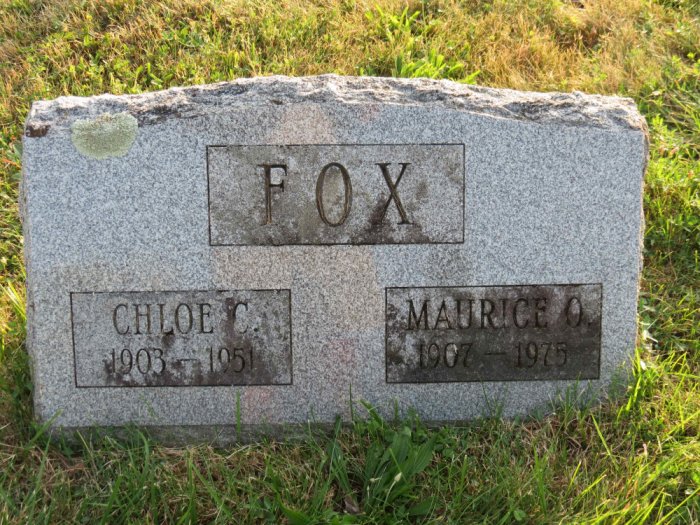 Maurice's first wife was Chloe Cromp. She was born in New York on 29 July 1903. Her first husband was Lester Russell. She and Lester had four children. Chloe died on 6 June 1951.

Maurice died on 9 February 1975. He and Chloe were buried in Collamar Cemetery, DeWitt, Onondaga County, New York.
Posted by Beth at 5:37 PM