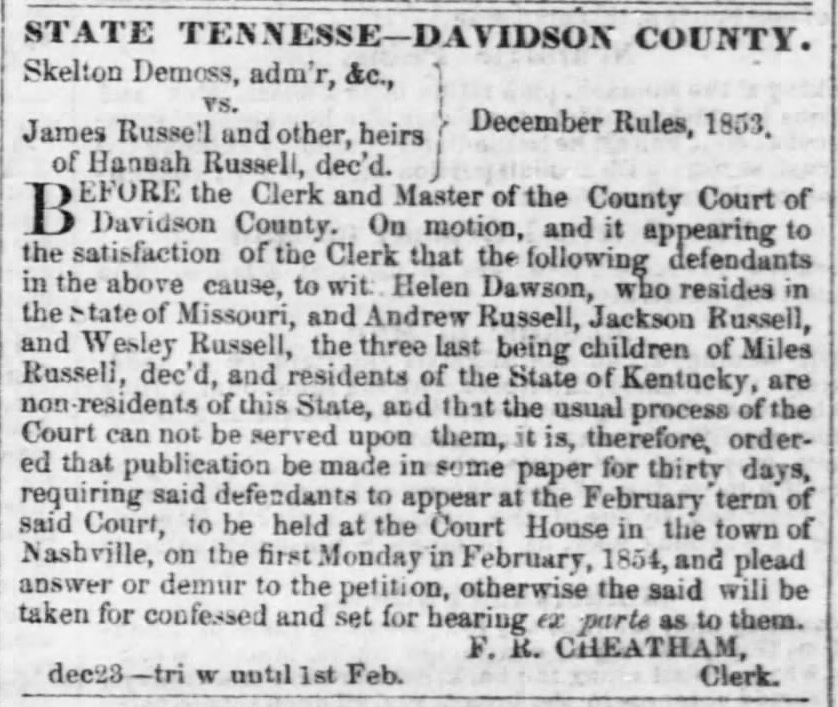 My 5th-great-grandmother Hannah (Hardgrave) Russell died in 1853. Skelton Demoss was the administrator of her estate. Some of her heirs were not residents of Tennessee, so they could not be served by the County Court of Davidson County, Tennessee. Her daughter Helen (Russell) Dawson was living in Missouri. Her son Mills Russell (incorrectly listed as Miles in the notice) had died in 1852, but he had three sons in Livingston County, Kentucky: Andrew Russell, John D. Russell, and Wesley Russell.