Walter Boe was born in 1899. He was the son of my great-grandfather John Boe and his first wife Signe Olson.

Walter died on 26 September 1900 in Danvers, Swift County, Minnesota. His age at death was given as 1 year, 8 months, and 14 days, which suggests that he was born on 12 January 1899. The cause of death was cholera infantum. 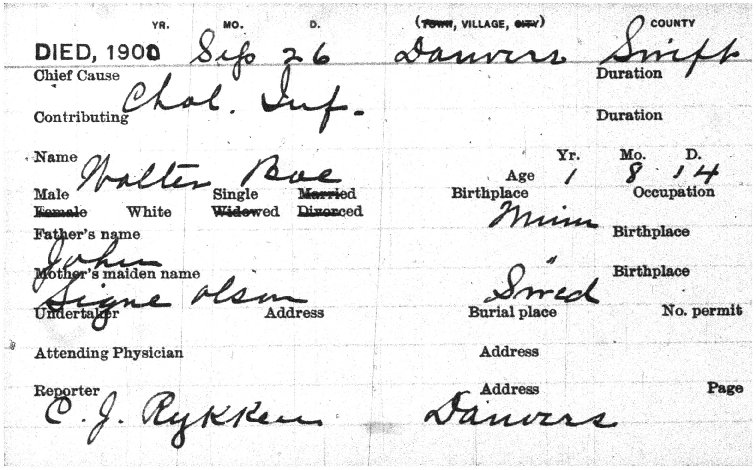