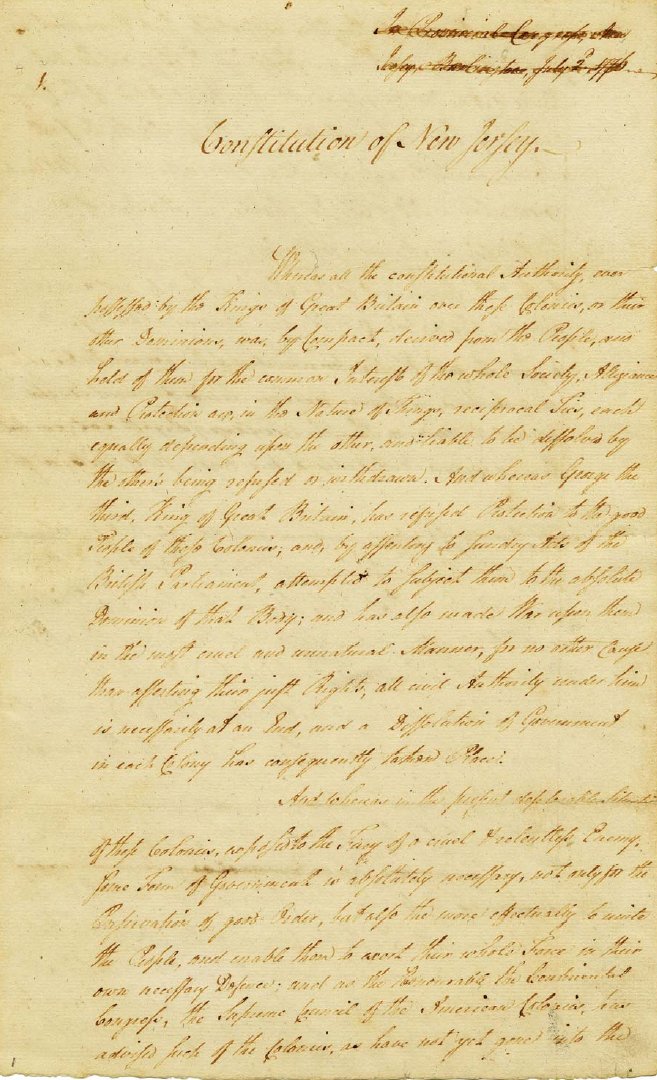 New Jersey adopted its first state constitution on 2 July 1776. It was the fourth of the colonies to adopt a constitution declaring independence from Great Britain. The constitution was drafted over five days, and it was signed in Provincial Congress in Burlington, New Jersey by Samuel Tucker and William Paterson. Within 48 hours, the constitution had been ratified.