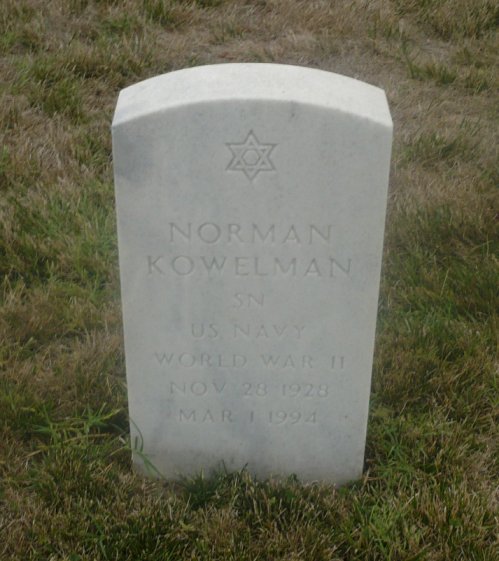 Norman Kowelman was born on 28 November 1928 in Cook County, Illinois. He was the son of Boruch/Benjamin and Esther Kowelman. He married Jeanne D. Graham, my second cousin once removed. He served in the United States Navy during World War II. He died on 1 March 1994 and is buried in Jefferson Barracks National Cemetery in St. Louis County, Missouri.
Posted by Beth at 11:24 AM