When he wrote his will on 14 April 1853, my 5th-great-grandfather Chapman Gordon of Louisa County, Virginia left his wife Mary two slaves: "one negro boy named Tom, and one negro girl named Sally". His will was proven on 10 September 1855.

The 1850 United States Census slave schedule indicates that there were 5 slaves in Chapman Gordon's household.

The 1860 United States Census slave schedule shows a larger number of slaves in the household of Mary (Layne) Gordon, the widow of Chapman Gordon. The image was light and difficult to read. I have darkened it, but it is still somewhat unclear. 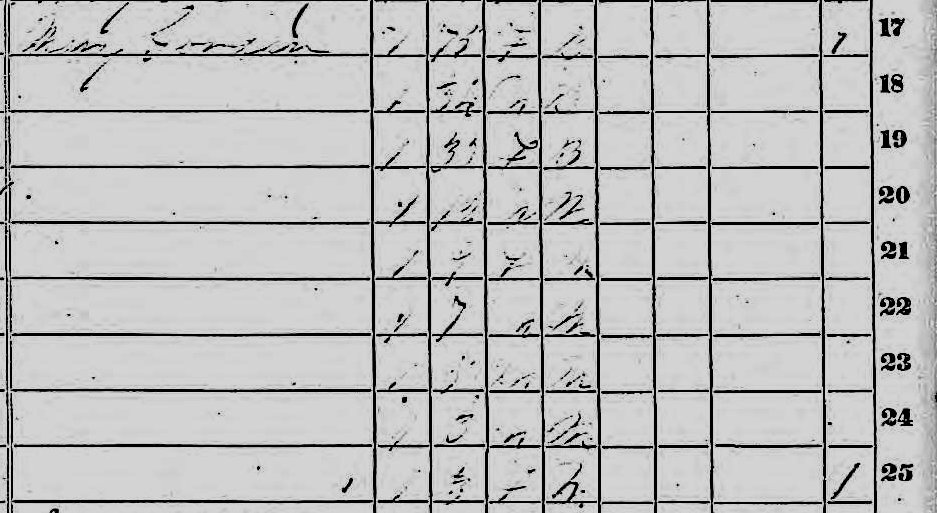