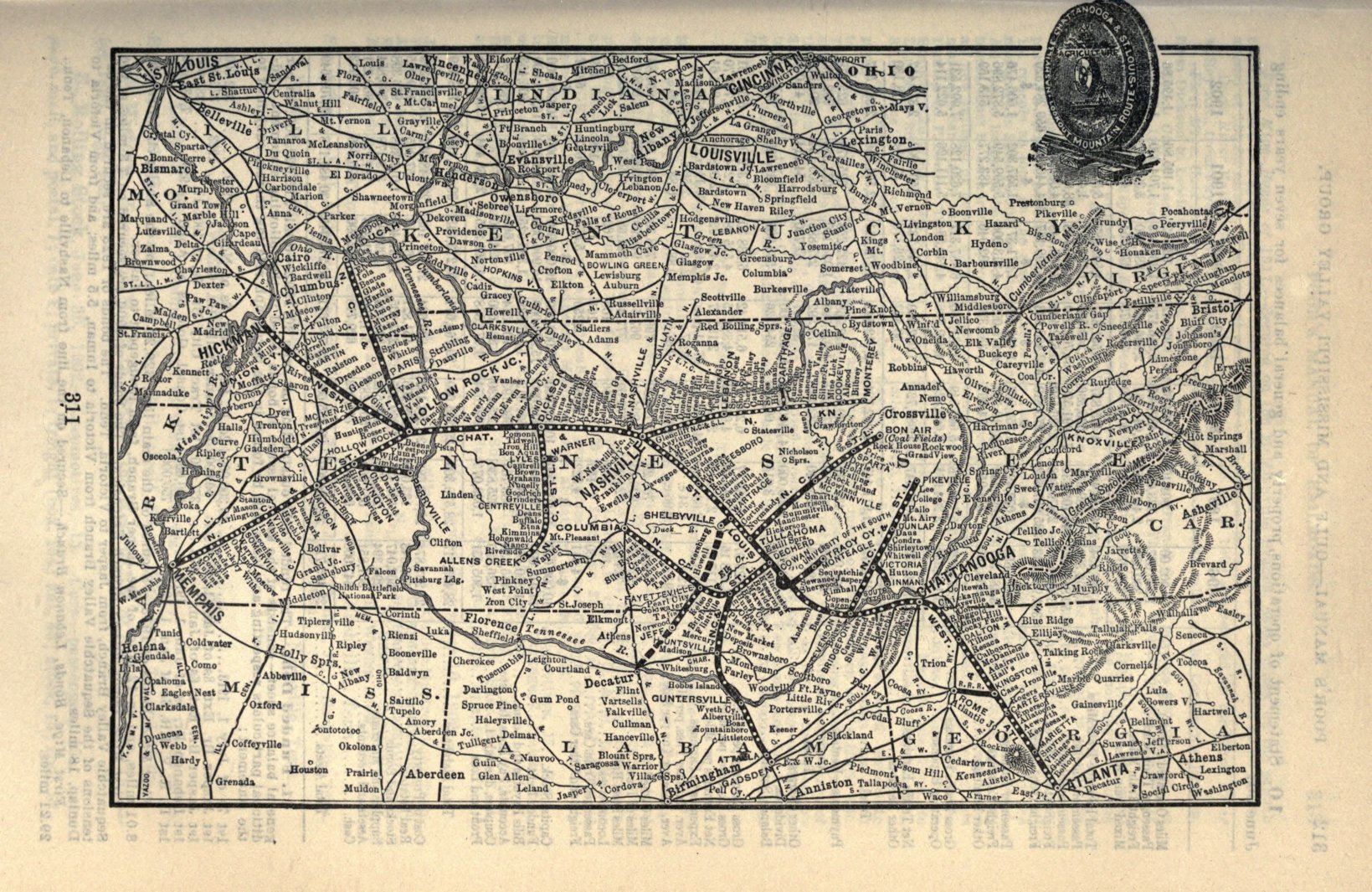 Patricia Walls Stamm's lecture "Railroads and Their Records"at NGS 2015 inspired me to look for railroad maps. Many members of the Tarkington family worked for the Nashville, Chattanooga and St. Louis Railway. I found the Pegram station on this map. My great-great-grandfather's brother Jesse Tarkington was the engineer on a freight train which collided with a passenger train (on which my second cousin 4 times removed Joseph Greener Gower was the engineer) on 15 September 1909, one mile west of the Pegram station. Both of my relatives were killed in the accident.
Posted by Beth at 5:12 PM