Today is Hug Your Cat Day. Pets are part of the family, so I think they have a place in family history. I currently have five cats. In December 2010, I adopted Jewel. She had been left behind in an empty apartment, and them spent almost 6 months with the rescue group S.T.A.R.T. II. My vet estimated her to be about 6 or 7 years old at the time. In August 2011, I adopted Harmony from P.A.T.C.H., the cat shelter I volunteer at, just before her first birthday. She had been at the shelter since she was about 6 weeks old. When I moved to a house last fall, I was no longer limited to two cats. Harmony's littermates Melody and Luna, were still at the shelter. I had become very attached to them, and for a long time I had considered them extended family because they were Harmony's sisters. So they moved in with me. Earlier this month, I found three abandoned two-week-old kittens in my backyard by my garbage can. I took them in and began bottle-feeding them. One of the little boys and the little girl passed away within a week, but the other little boy is still with me and is doing well. I named him Flash, and he is now a permanent part of my family.

Harmony and Melody were featured in the April 11, 2014 Friday Funny. 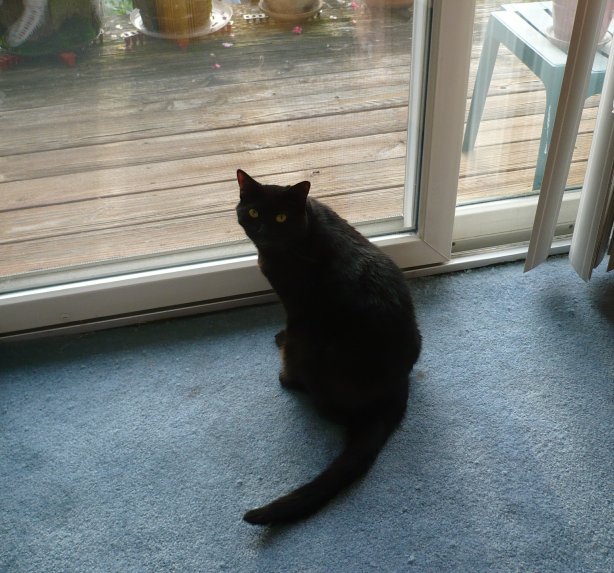 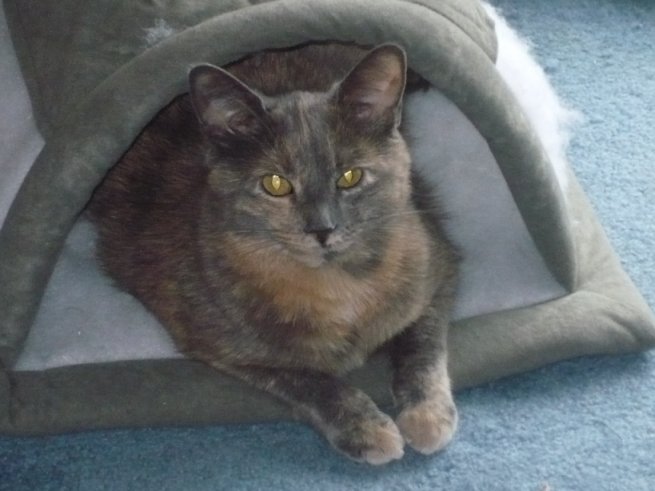 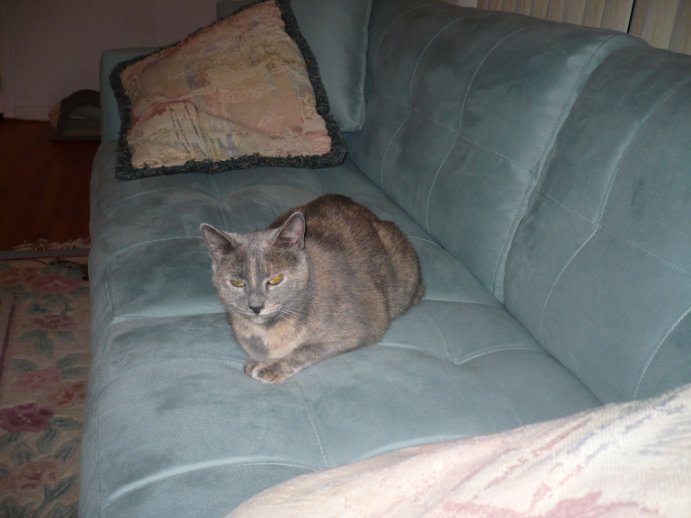 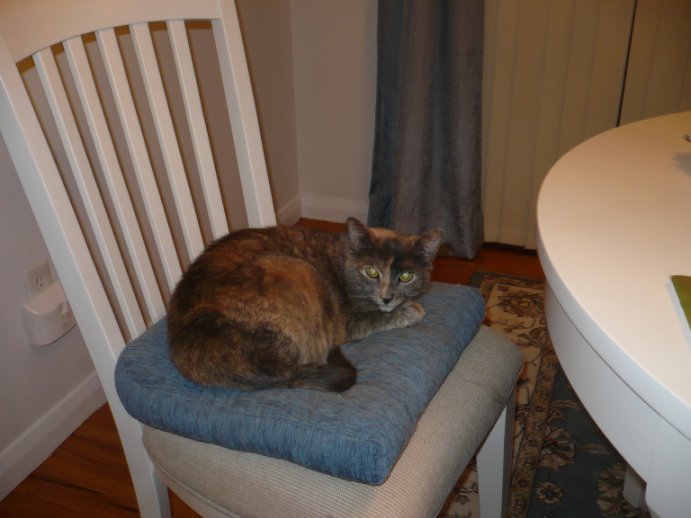