Mary Winters, the daughter of my 4th-great-grandparents Hugh Winters and Mary Bennet, was born 176 years ago today, on 27 November 1840. She was baptized on 13 December 1840 at St. Mary's Cathedral, Edinburgh, Scotland. The baptismal sponsors were John Finegan and Cath Boylan.

She arrived in New York, New York on 12 June 1849 on the Pursuit with her father and most of her siblings.

Mary's mother and sister Margaret apparently traveled separately, but the whole family was together in Brooklyn, New York by 1850.

In 1855, Mary was a servant in the home of John and Mary Blair. Her mother had apparently died by this time.

Mary died on 12 September 1876 in Charity Hospital, Blackwell's Island, New York, New York. The causes of death were phthisis (pulmonary tuberculosis) and alcoholism. Asthma was a contributing cause. She was buried in Holy Cross Cemetery, Brooklyn, New York. 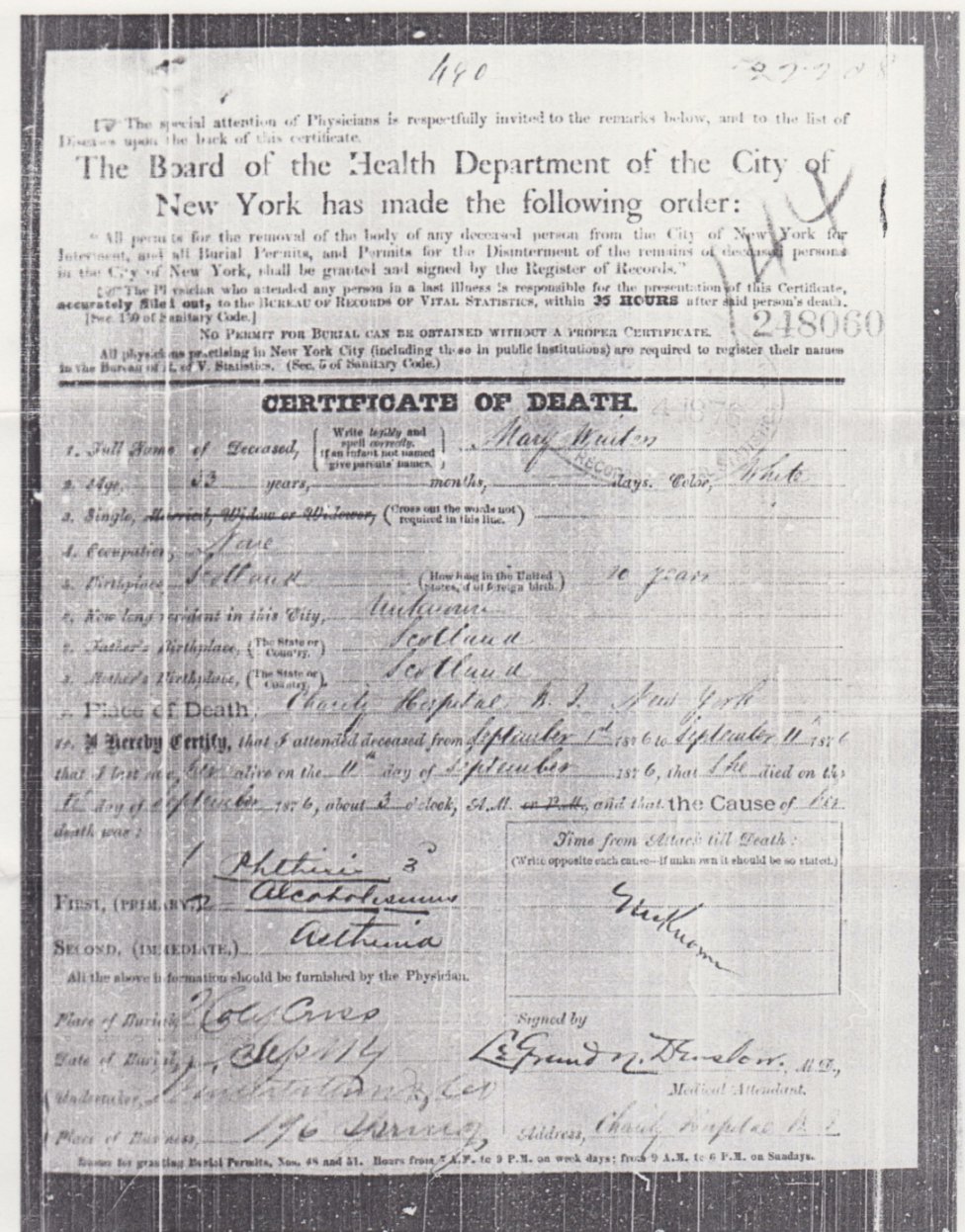