Clover Bottom consists of 309 1/4 acres of land in Davidson County, Tennessee, including three acres on the north side of Stone's River. 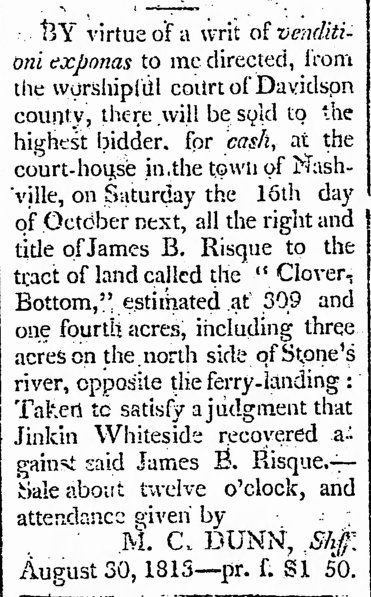 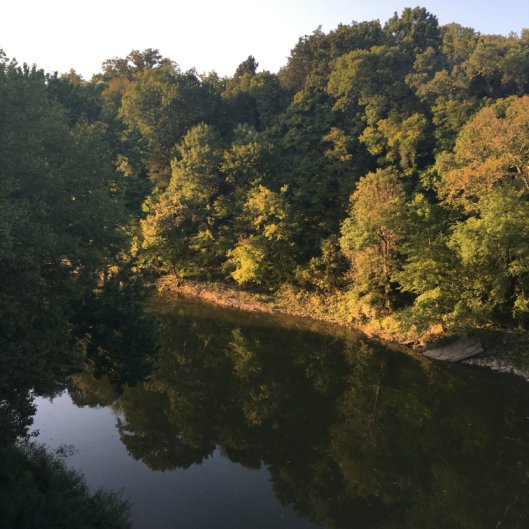 The area was named "Clover Bottom" because of the amount of growth of white clover in the area. John Donelson was one of the settlers who came to the area in 1780. 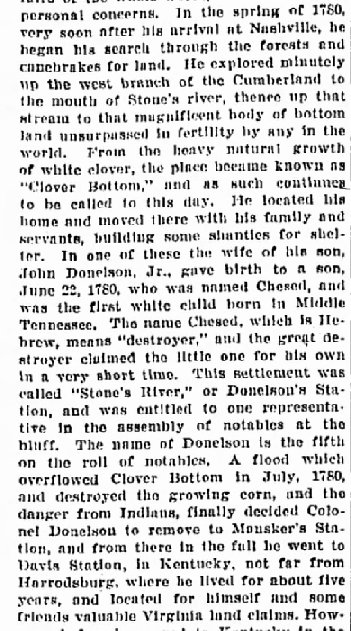 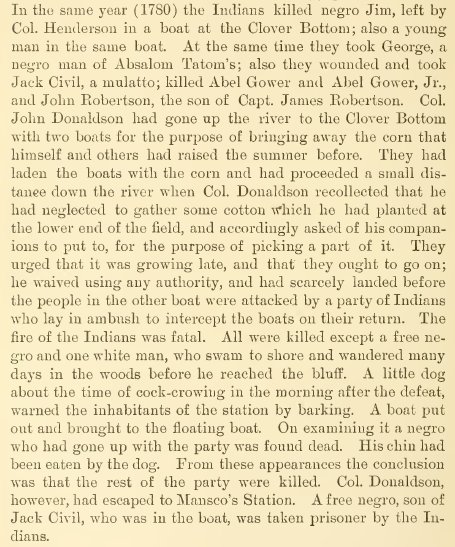 Haywood, John. The Civil and Political History of the State of Tennessee from its Earliest Settlement up to the Year 1796, Including the Boundaries of the State. Nashville,TN: Publishing House of the Methodist Episcopal Church, South, 1891. Originally published in 1823 by W. H. Haywood. Page 128. Available from Internet Archive. 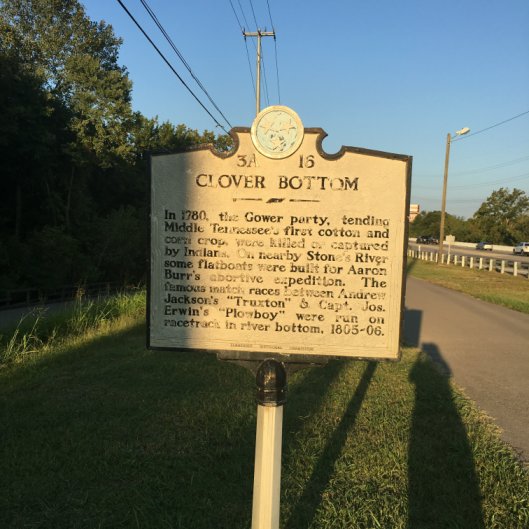 In 1858, Dr. James Hoggatt built a mansion at Clover Bottom. The home is listed on the National Register of Historic Places. 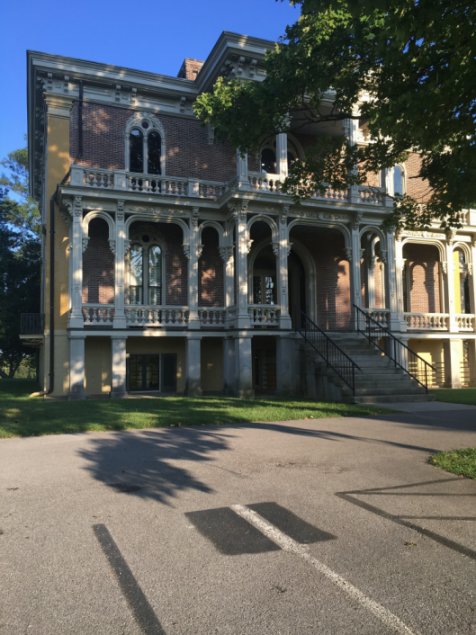 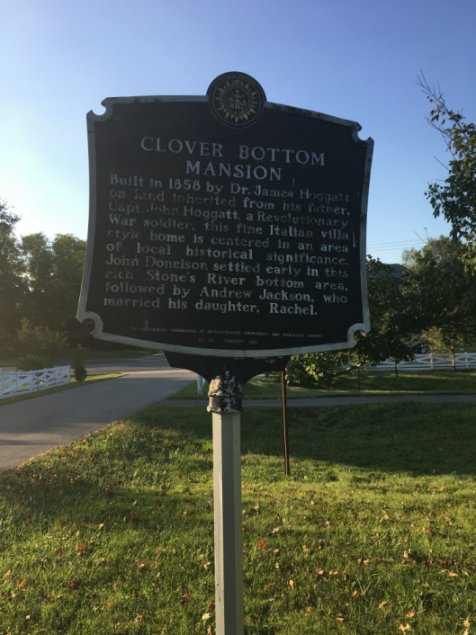