In August 1869, my 3rd-great-grandmother Mary Dyer was charged with keeping a disorderly house.

A "disorderly house" typically meant a brothel. On the same page of the Davidson County, Tennessee criminal court minutes, others will charged with "keeping house of ill fame." I am not sure what the difference was. Maybe a "house of ill fame" had a larger number of prostitutes. Or perhaps in this case, "disorderly house" meant something else. According to Duhaime's Law Dictionary, a disorderly house could also mean a gambling house. However, no one was charged with gaming at the same time that Mary was charged.

"Dyer," who was also charged, must have been her husband Michael Dyer. Since his first name is not given, perhaps he was not present when Mary was charged, but was also charged because the house was his residence.

On 26 January 1870, the Attorney General for the State of Tennessee entered a Nolle prosequi ("be unwilling to pursue"/"do not prosecute"). Davidson County, Tennessee paid the costs of the prosecution. 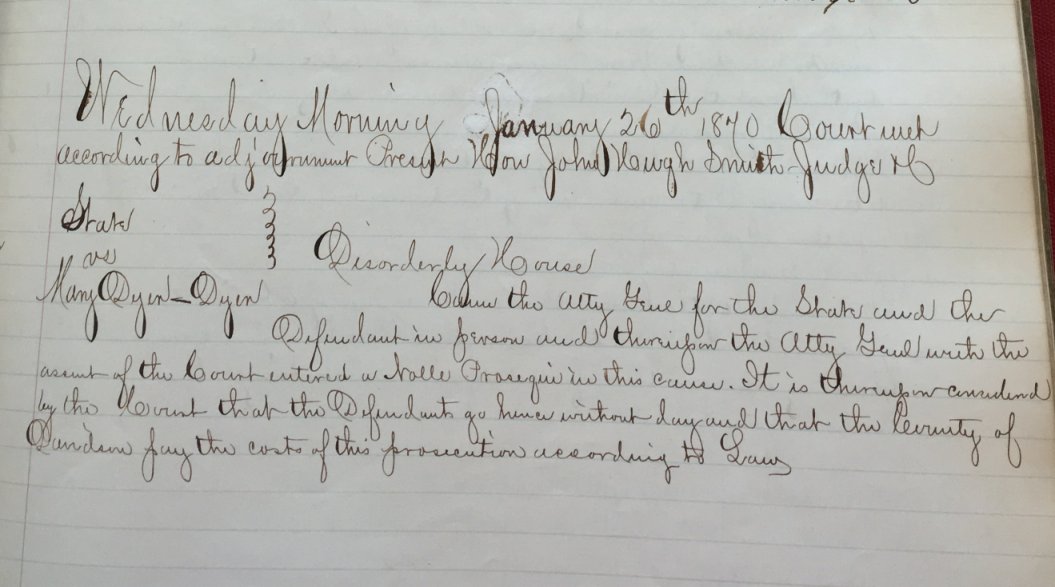