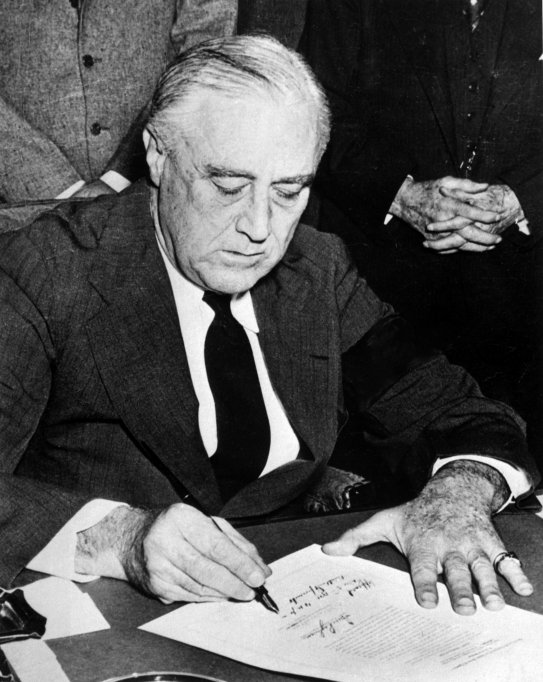 United States President Franklin D. Roosevelt signing the declaration of war against Japan, in the wake of the attack on Pearl Harbor. 8 December 1941. Photo by Abbie Rowe [Public domain]. National Archives identifier 520053. Available from the National Archives and Wikimedia Commons.

Seventy-four years ago today, the United States entered World War II. As a result of the attack on Pearl Harbor, President Franklin D. Roosevelt signed a declaration of war against Japan on 8 December 1941. Germany and Italy then declared war on the United States.

Some of my family members participated in World War II. Their names are listed on my Veterans Day post. There may be other family members whose service I am not yet aware of.
Posted by Beth at 10:53 PM