My 2nd-great-grandfather Carl Johan/Charles John Dahlquist went through many changes during his lifetime, including his name, his country of residence, his citizenship, and his business partners.

Carl Johan was born on 13 June 1862 in Kinneved, Skaraborg, Västergötland, Sweden, and was baptized on 15 June 1862. He was the son of Johannes Christiansson and Maria Christina Jonsdotter. 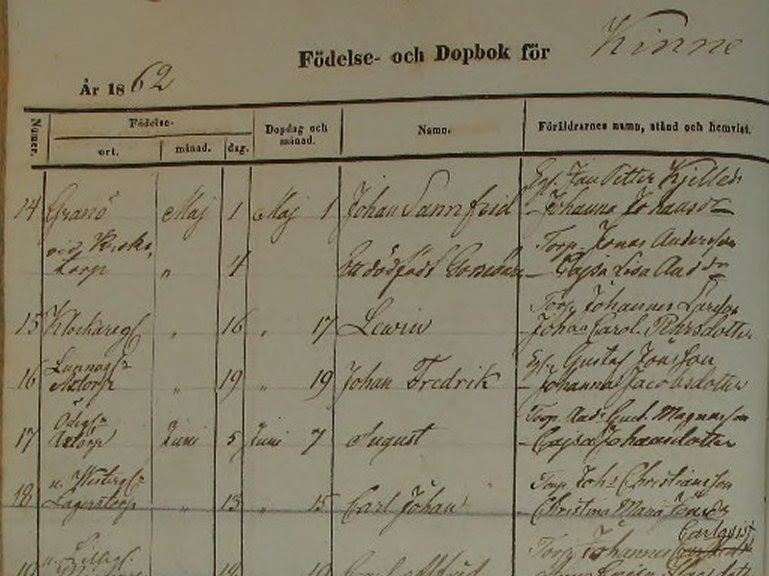 On 23 September 1881, he left Gothenburg, Sweden on the Orlando. By this time, he was using the name C. J. Dahlqvist.

On the Orlando, he sailed to Hull, England. The articles Migration from Northern Europe to America via the Port of Hull, 1848-1914 and Conditions for Emigrants on the Voyage from Gothenburg to Hull provide insight regarding his experience. According to the Orlando passenger list, his final destination was New York, but he settled in Chicago, Illinois. In the United States, he was known as Charles John Dahlquist.

In 1882, his younger brother Frans August Johanson left Sweden for Chicago. By 1889, he had changed his name to Frank A. Shirlander. The oldest brother, Alfrid, remained in Sweden. He took his father's patronymic as his surname and was known as Alfrid Kristiansson. Three brothers, three different surnames!

On 20 December 1885, he married Marie (or Mary) Louise Borg at the Swedish Lutheran Church in Baillytown, Porter County, Indiana. 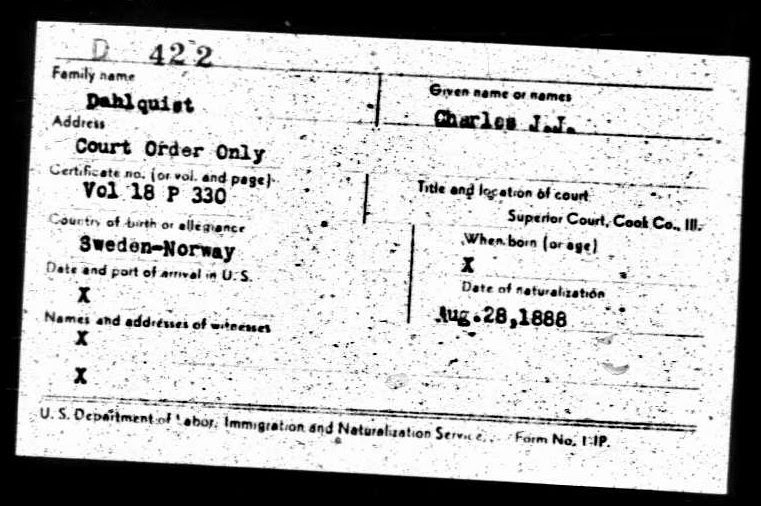 In 1900, the Dahlquist family lived at 6031 State Street, Chicago, Illinois. They had moved to 6311 Eggleston Avenue, Chicago by 1910. On 27 September 1911, my paternal grandmother Helen Martha Marie Anderson was born; Charles and Marie became grandparents.

Charles worked as a shoe dealer.  He went into business with Axel E. Swanson in 1895. Their store was located at 6031 State Street, Chicago, Illinois. The store had moved to 511 W. 63rd Street by 1902. By 1906 he and Swan J. Burkdahl had gone into business together. The store remained at the same location, but was called Burkdahl & Dahlquist. By 1909, the store was called Dahlquist & Son. He worked with his son Carl Frederick Dahlquist. After Chicago's streets were renumbered, the address changed to 409 W. 63rd Street. 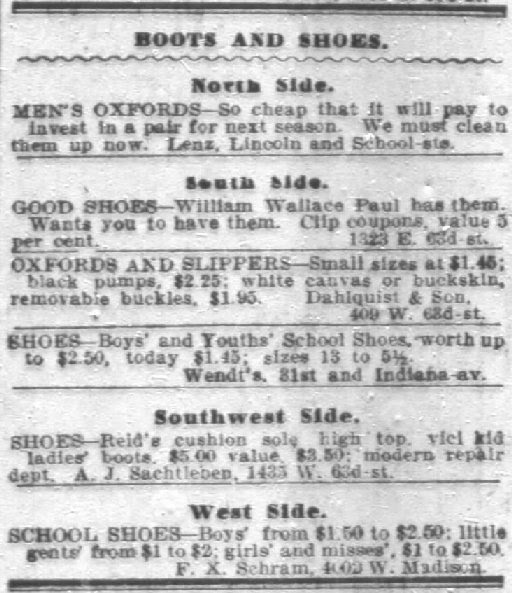 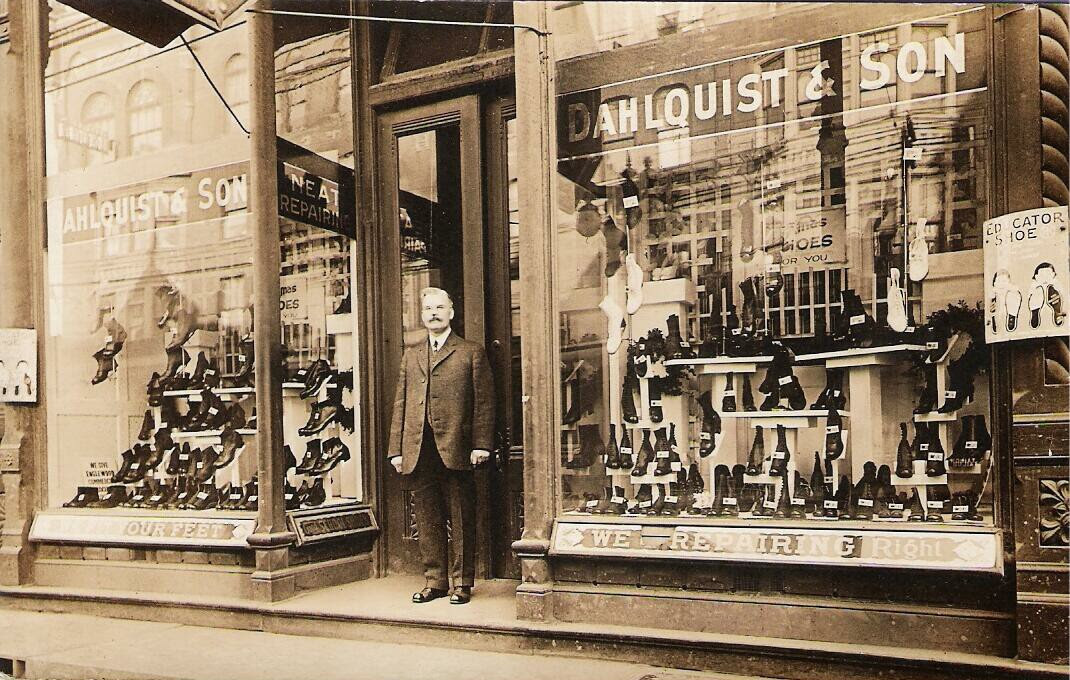 By 1923, Charles was working as a salesman for Peter P. Hokamp, a chiropodist.

By 1930, Charles and Marie were living in the home of their daughter Juliet and her husband, Fritz Arthur Gilbert, on 509 W. 61st Place, Chicago. They were still living there in 1940. 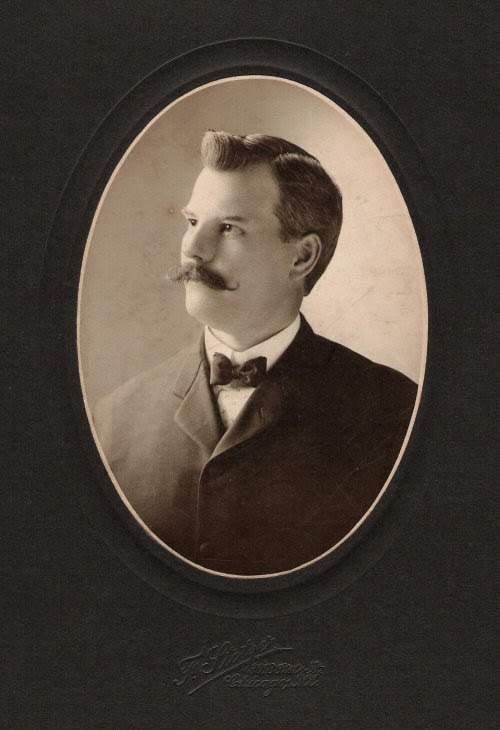 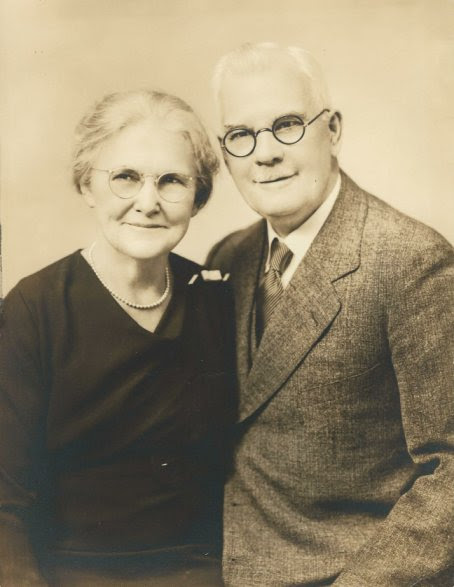 Marie and Charles Dahlquist
Posted by Beth at 7:52 PM