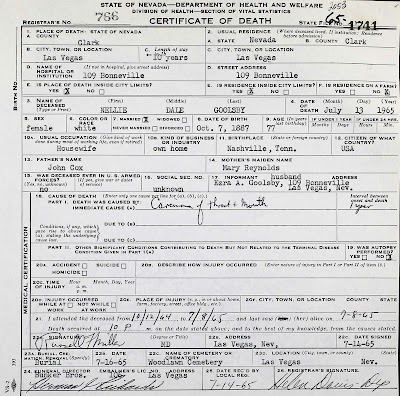 Nellie and Ezra (who died in 1979) are buried in Woodlawn Cemetery in Las Vegas.
Posted by Beth at 6:14 PM No comments:

It is strange that there was no mention of anything related to the fire on her death certificate. She must have suffered from smoke inhalation. Perhaps the stress of the experience brought on a heart attack.
Posted by Beth at 3:38 PM No comments: