Theodore Christopher "Terry" Troedson was the son of my 2nd-great-grandfather's brother Ola Peter Troedson and Rosina Catharine Louise Walter. He was born on 17 October 1879 in Brisbane, Queensland, Australia.

Terry was involved in sports. He played rugby football; his position was forward. He also participated in rowing and sailing. 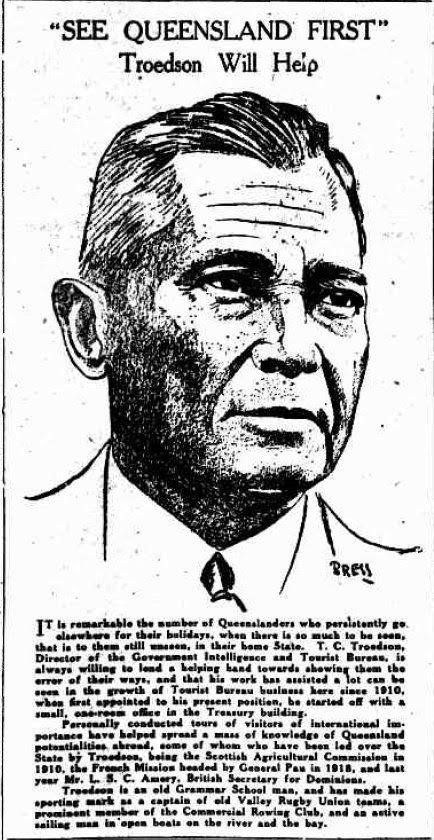 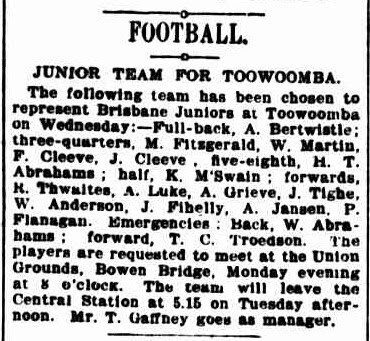 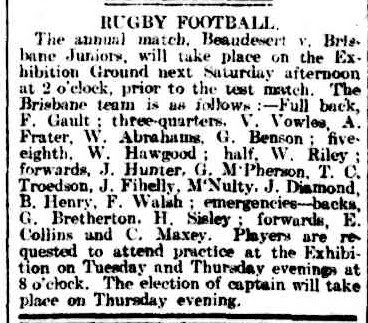 This photo depicts the winners of the Queensland Rugby Union second grade Brisbane premierships in 1901, 1903, and 1904. The team played ten matches (nine wins, one draw). 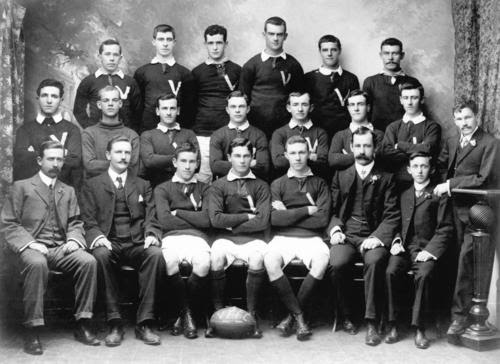 In this photo, he is pictured with the Past Grammar School Rugby Union Club in 1905. 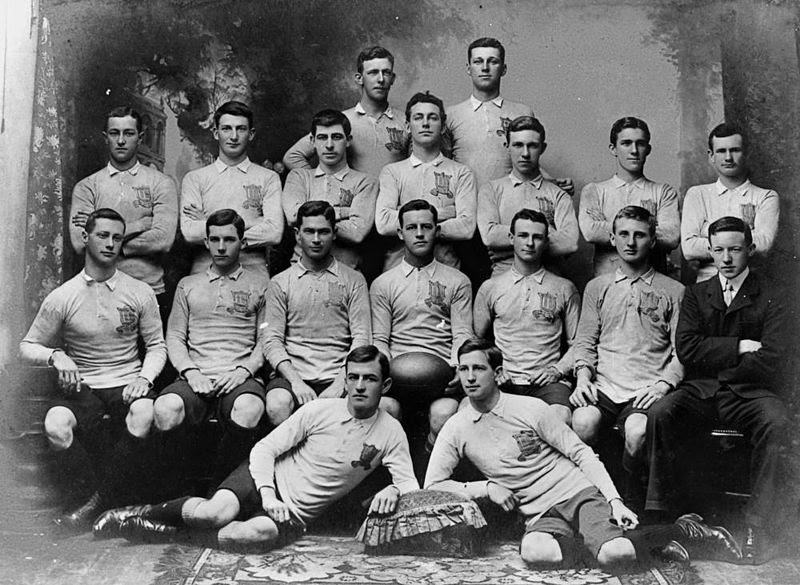 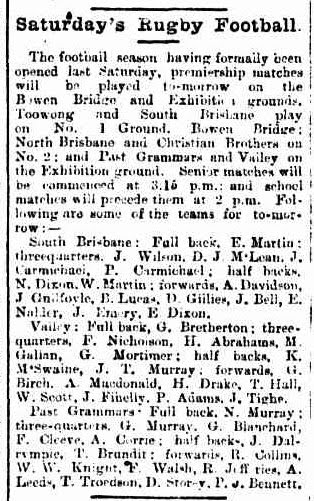 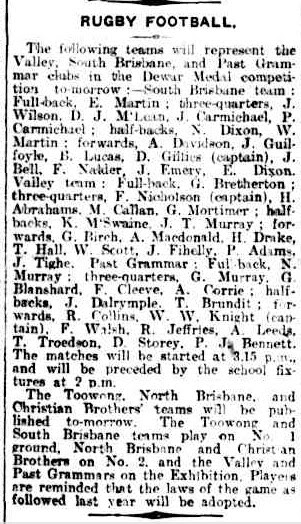 By 1906, Terry was captain of the Past Grammar Rugby Union Club. 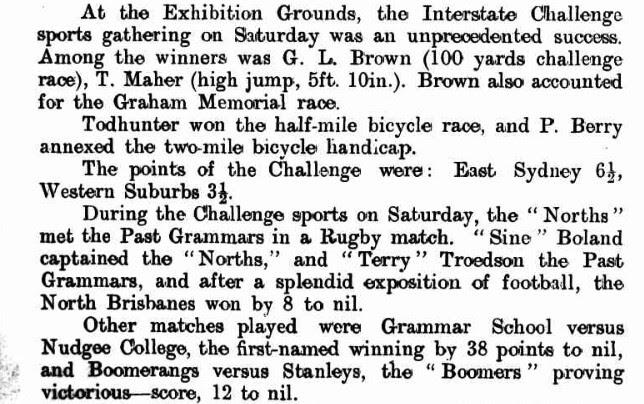 He was eventually elected patron of the Past Grammar Football Club. 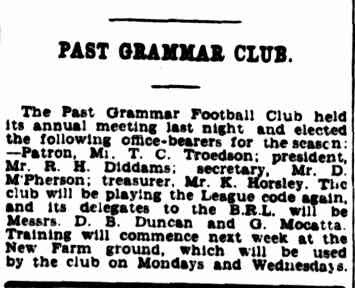 
He was a member of the Brisbane Dingey Sailing Club. 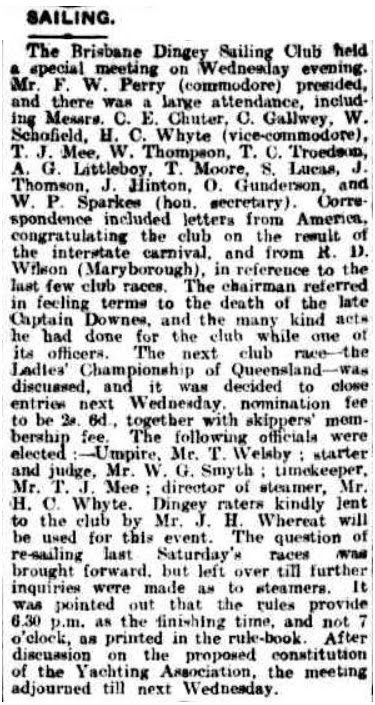 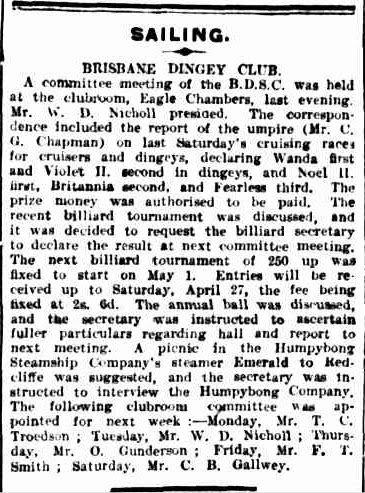 He was also a member of the Commercial Rowing Club.