Shortly after 4:00 AM on Sunday, 13 September 1874,  my 2nd-great-grandfather's brother Clarence Bateman Gatlin was awakened by Edward Creehart or Crechiat, who shared a bedroom with him. Edward had heard a noise coming from Samuel Haslam's room on the second floor of the Gatlin home. Clarence got out of bed and peered through the doorway into Samuel Haslam's room. He must have been horrified by what he saw. Haslam was lying on the floor in a pool of blood. He rushed downstairs to find his mother. He woke her up and told her that Sam was dying and that there was blood everywhere. His mother rushed to Samuel's side and watched him die. Clarence may have watched him die as well. 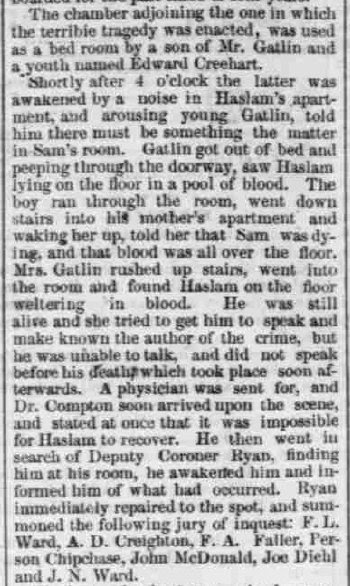 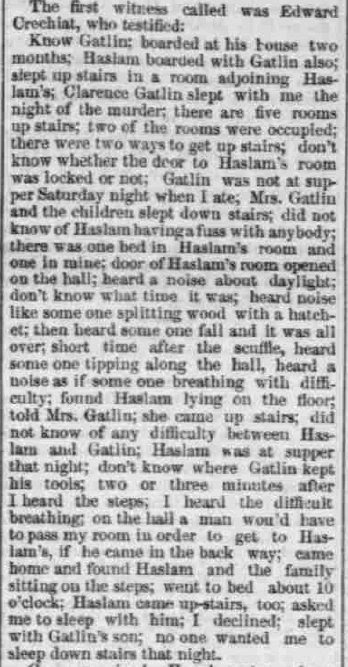 Clarence was three months shy of his twelfth birthday at the time of this incident. His father was tried for the murder, but was acquitted due to insufficient evidence. Clarence was probably traumatized by what he witnessed, and he could have suffered from posttraumatic stress disorder as a result.

Years later, when his father was elderly, he lived with Clarence and his family. I wonder whether Clarence believed that his father was innocent of the crime, or if he suspected that he was guilty.
Posted by Beth at 12:03 AM