For Week 3 of the 52 Ancestors Challenge, Amy Johnson Crow's optional theme is Tough Woman: "Who is a tough, strong woman in your family tree? Or what woman has been tough to research?" My 3rd-great-grandmother Mary is both. Although have had some success researching her, I still do not know her maiden name, her date of birth, her birthplace in Ireland, or the date and place of her first marriage.

Mary was born about 1835 according to the 1860 United States Census, the earliest record of her that I have found. Her date of birth varies in records and she seems to have gotten younger as the years passed!

In 1860, Mary lived with her husband Michael Dyer and their baby daughter Mary in St. Louis, Missouri. Another family also lived in their household: Martin and Anne Wallace and their children Sarah, William, Ellen, and James. Martin and Anne were both born in Ireland. Based on the women's ages, country of birth, and the names of family members, I think that Anne may have been Mary's sister. Unfortunately I have not been able to locate the Wallace family in later records.

In January 1866, Michael Dyer left Nashville, and left his family. Mary placed an advertisement in the Boston Pilot, beginning 6 October 1866, in hopes of locating him. Michael eventually returned to his family. Michael and Mary's son Michael was born about 1868.

On 20 June 1868, Mary was bound over for appearance before Justices Smith and Mathews for using abusive language toward Ellen Foley. The costs were paid on 26 June 1868.

On 21 October 1869, Mary's husband Michael was arrested for badly beating her. On 22 October 1869, Mary filed for divorce. On 25 October 1869, Michael stabbed Mary in the face, breast, and shoulders. She was so badly injured that it was not known if she would recover. A Kentucky newspaper actually reported that she had died! She did not go through with the divorce, but her marriage ended on 3 June 1870, when her husband committed suicide. Later that month, Mary and her three children were enumerated in the 1870 United States census in the household of Jasper Cohen.

Mary outlived all but two of her children. Her son Michael Dyer died from congestion of the brain on 24 December 1895. Her son William Cox died of abscess of the lungs on 2 March 1896. Her daughter Annie Cox died of pulmonary tuberculosis on 19 July 1898. Her daughter Mary "Mollie" (Dyer) Hughes died of uterine cancer on 12 August 1902. Her son Thomas "Tom" Cox was convicted of murder and sentenced to death, but on 3 May 1905, before he could be executed, he committed suicide in the Davidson County Jail in Nashville.

By 1900, Mary was living alone. She died of capillary bronchitis in Nashville, Tennessee on 10 November 1906. Her funeral was held at St. Mary's Catholic Church, and she was buried in Calvary Cemetery in Nashville on 11 November 1906. 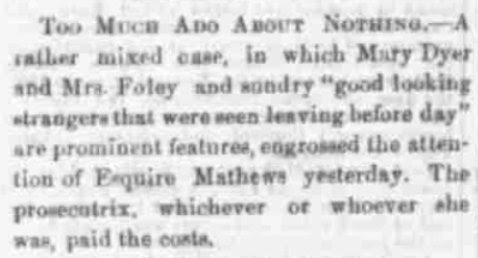 Pulaski Citizen, 5 November 1869, page 4. Another example of a premature obituary! 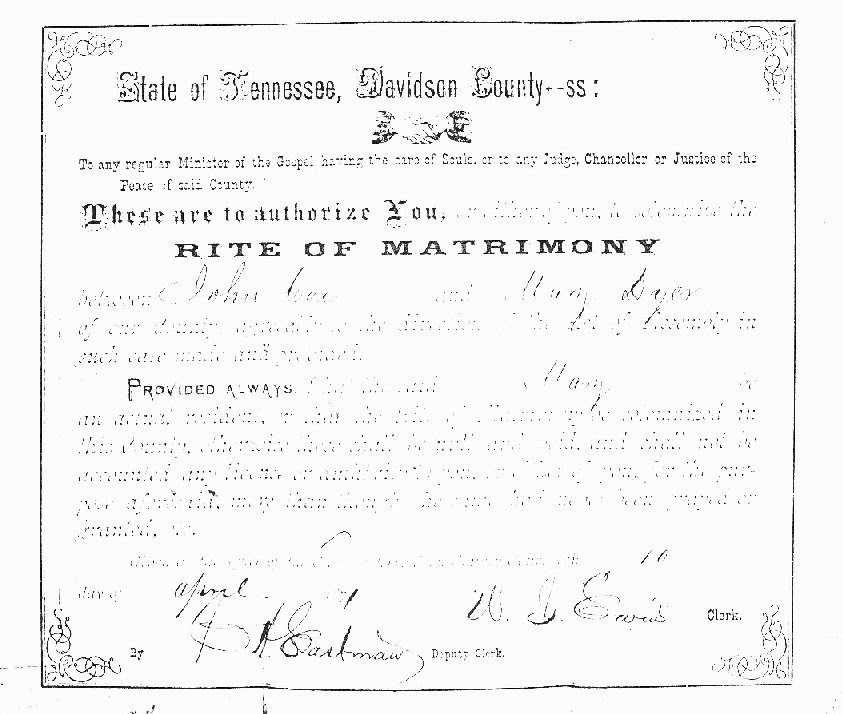 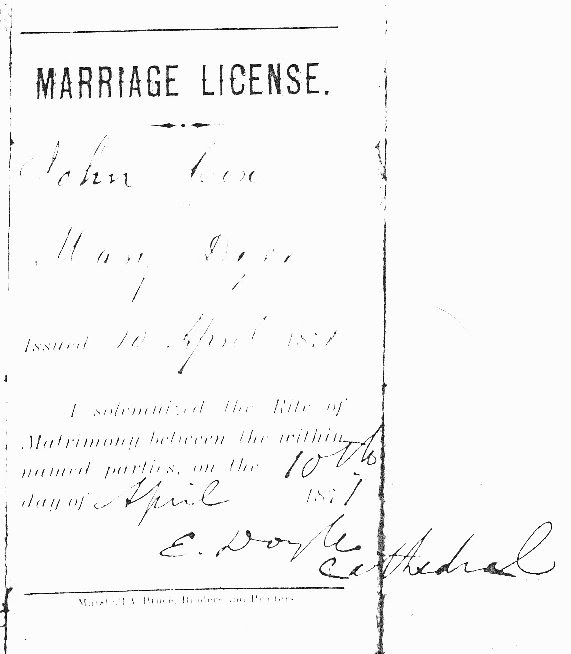 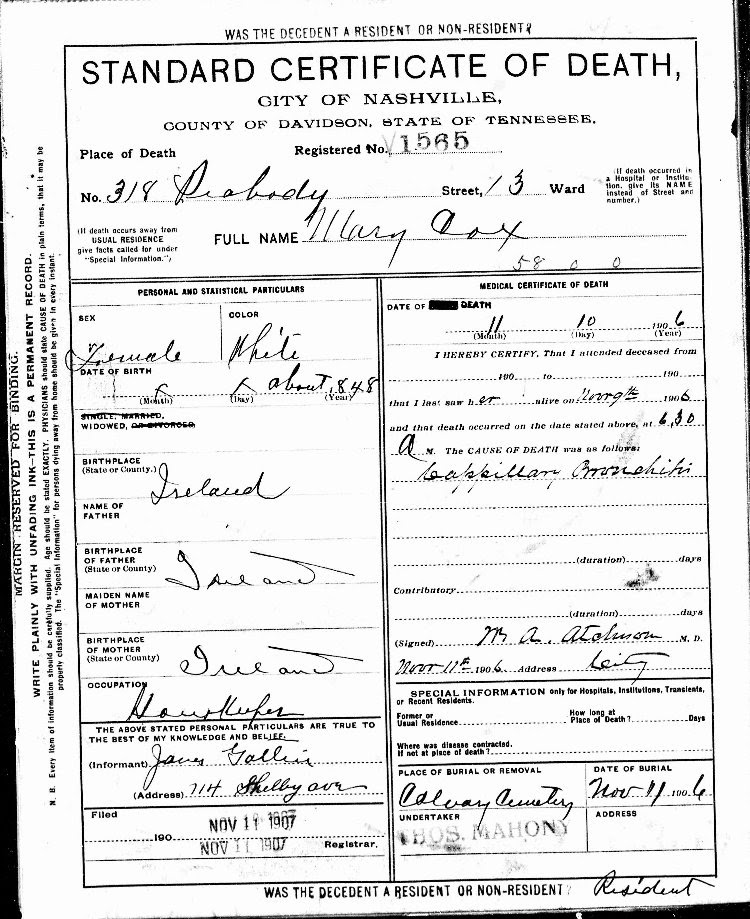