My great-great-grandmother Marthe Elisabeth Erickson (Eriksdatter) was born on 8 April 1853 in Avaldsnes, Rogaland, Norway. She was the youngest child of Erik Svendsen Haavig and Marthe Maria Jacobsdatter.

When Marthe was three years old, her mother died. When she was twelve years old, her father died, and her family splintered into different households. In 1865, after her father's death, she lived with her first cousin Svend Knudsen Torvestad and his wife and son in Haugesund. Her sister Marte Marie lived nearby in Haugesund. Her sister Inger Oline and her brother Svend Jacob lived in separate households in Torvastad. Her brother Andreas lived with his wife in Rennesøy. Her brother Elias may have already immigrated to the United States.

In 1873, Marthe and her brother Svend Jacob immigrated to the United States. They sailed from Bergen, Norway on the Haakon Adelstein and arrived in New York on 20 May 1873. They settled in Chicago. Marthe lived with her sister Marie and Marie's husband Peter Johnson, and she worked in a custom vest shop.

On 31 March 1877, Marthe married Andrew T. Anderson (born Andreas Troedsson), a Swedish immigrant. Their first child, Anna Matilda, was born on 13 April 1878. Their second child, Emma Christina, was born 2 June 1880 according to Bible records, but is listed in the 1880 United States census as born in May 1880, and her age is given as 10 days. The family lived at 288 Division Street, Chicago in 1880. Andrew's niece Christine Nelson was also living with the family at that time.

Marthe died on 7 December 1930 at Swedish Covenant Hospital in Chicago. Her funeral was held at Bethlehem Lutheran Church. She was buried in Oak Hill Cemetery on 10 December 1930. 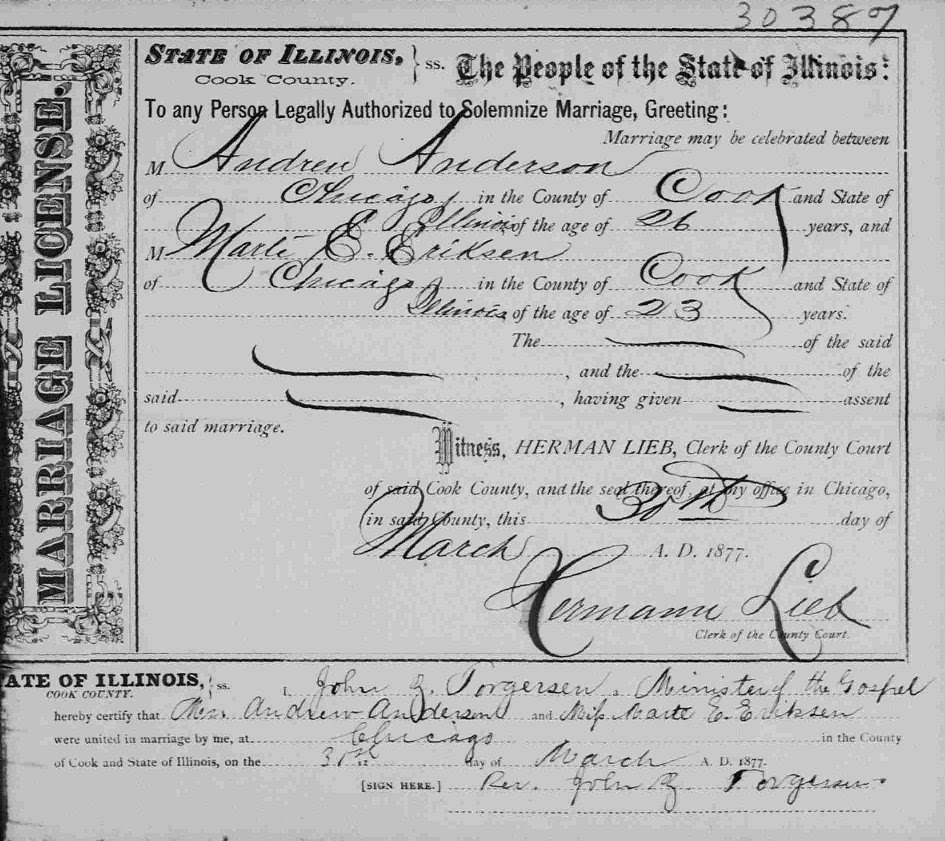 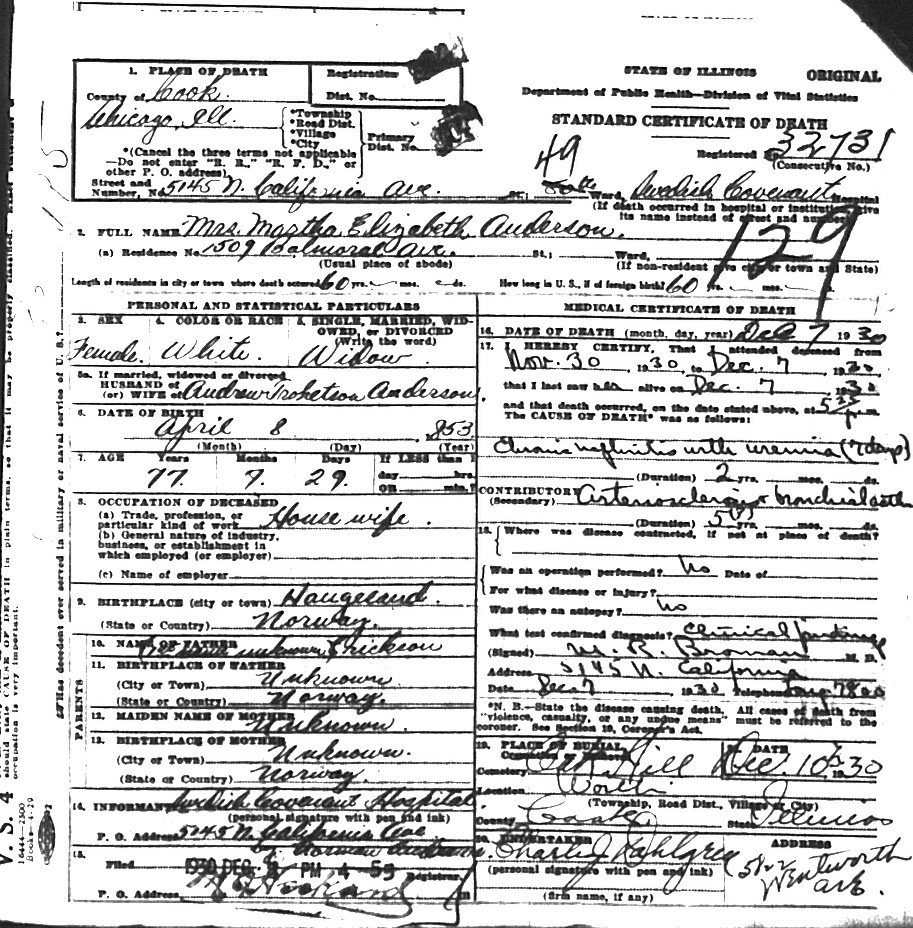 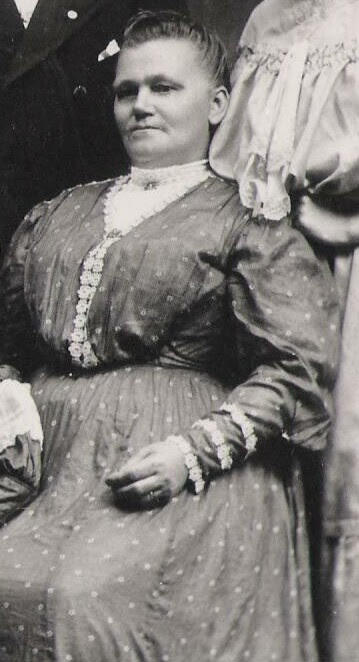