I am proud of a recent discovery that I made. Although I do not yet have sufficient proof that the discovery relates to a direct ancestor, if my theory about my 3rd-great-grandfather Joseph Tarkington's parentage (that he was the son of Joseph S. Tarkington and Amelia Owen/Owens/Owings) is correct, I have learned more about his ancestry.

I decided to do more research on Amelia's family to try to find evidence that could help me prove my theory. When the Tennessee, Wills and Probate Records, 1779-2008 collection was added to Ancestry.com, I located the probate file for Elijah Owings. What a find that was!

In addition to Elijah's will and estate inventory, the file included documents pertaining to the sale of his land. In 1806, a portion of Elijah's land on the Big Harpeth River in Williamson County, Tennessee was sold to pay his debts. He had appointed his widow Nancy executrix of the will. Two of the parties named in an indenture dated 17 November 1806 were "Nancy Cox formerly Nancy Owings Executrix of the last will & testament of Elijah Owings deceased & James Cox husband to said Nancy." 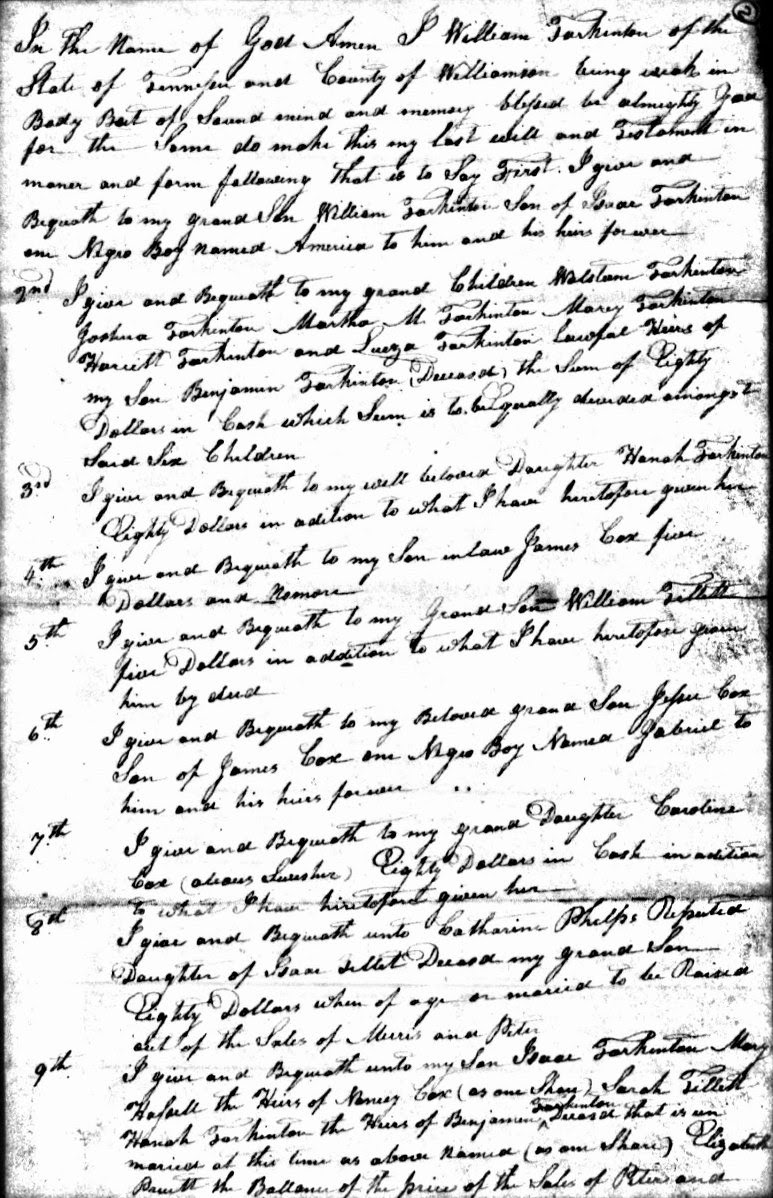 Nancy Owings was Nancy Tarkington! James Cox was her second husband. No wonder William Tarkington was Amelia Owens' guardian; he was her maternal grandfather. A guardian was probably appointed for her because her mother was selling some of her father's land.

If my theory is correct, I have identified the maiden name of Joseph Tarkington's maternal grandmother, and he had Tarkington ancestors on both sides of his family.
Posted by Beth at 11:54 PM