The book Boe (Bø) and Halvorson-Otterholt; Shared Roots in Telemark states that Jorgen Pederson Boe and Ingeborg Torsdatter Vatner's sons Per Bø (born 24 September 1852) and Tor (Thor) Bø (born 22 October 1854),  had died in Norway in 1862 after drinking slough water.

The migration records from the Bø parish registers show that Jorgen Pedersen Boe and his family left  Bø on 3 May 1866. Sons Peder and Thor were listed with the family. 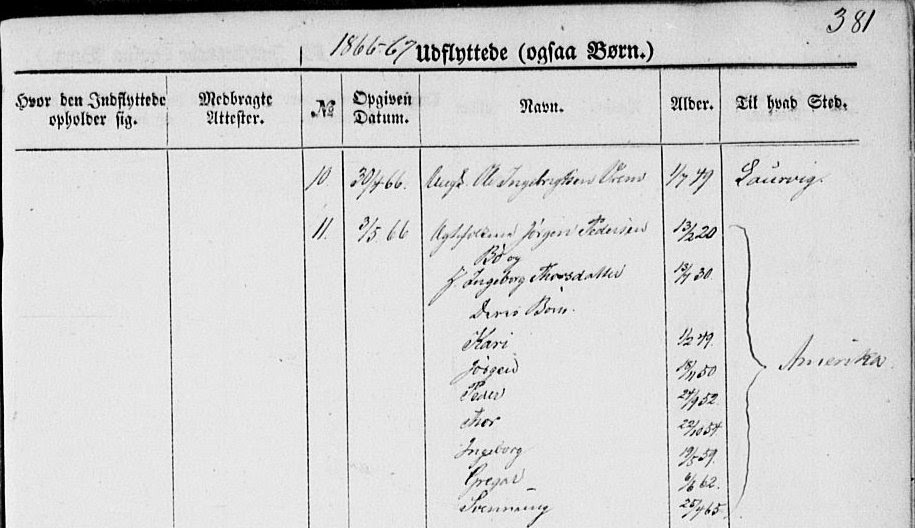 The 1866 passenger list from the Vanadis shows that Peder Boe, age 13, and Thor Boe, age 11, sailed from Christiania (now Oslo) Norway to Quebec, Canada with Jorgen Boe and his family.

In "The People from Telemark in Chippewa, Yellow Medicine and Lac qui Parle Counties"(originally published in Norwegian in Telesoga 20 (July 1914), pages 3-4; translated by Grace Foss and reprinted in Telemark to America Volume II: Settlements), Torkel Oftelie and Ole (Olav) Jacobson Haugland stated "Among those that came were Jørgen Pederson Bø and his sons Jørgen, Tor, Per, Gregar and Sveinong and daughter Ingebjør" (page 135) and "His sons, Tor and Per, got 'nerve sickness' and died a few years after they came here" (page 136).

Peter, age 16, and Tola, age 15, were enumerated in the household of "Zerger Peterson" in the 1870 United States census. The composition of this family is consistent with that of Jorgen Pedersen Boe's family.

Records from the Evangelical Lutheran Church of America show that Thor J. Boe died on 3 October 1878 and was buried on 5 October 1878 –  sixteen years after his supposed death! 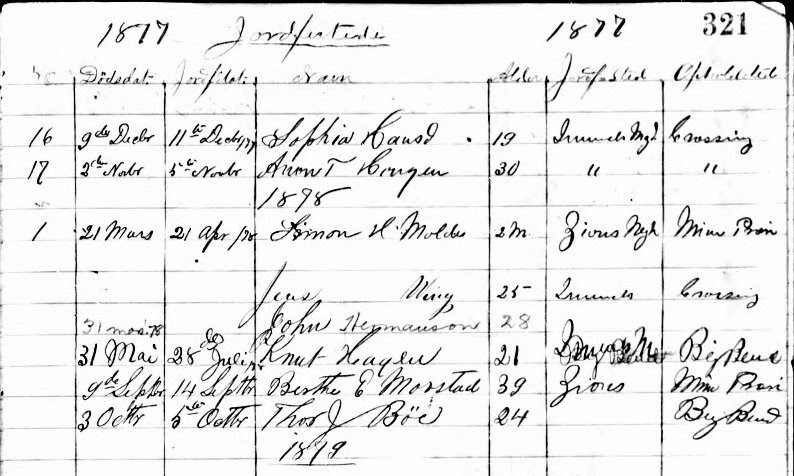