The most unusual record I have found is an article from the Congressional Record that was written by my 2nd great-grandmother Christina Nagel's brother, Mathias Joseph Nagel. Mathias was a landscape gardener and had owned a nursery in Jefferson City, Missouri. After he moved to Santa Fa, New Mexico, he shipped caña agria (also called canaigre) to Germany (his homeland). In 1914, his views on the Forestry Service were published in the Congressional Record. 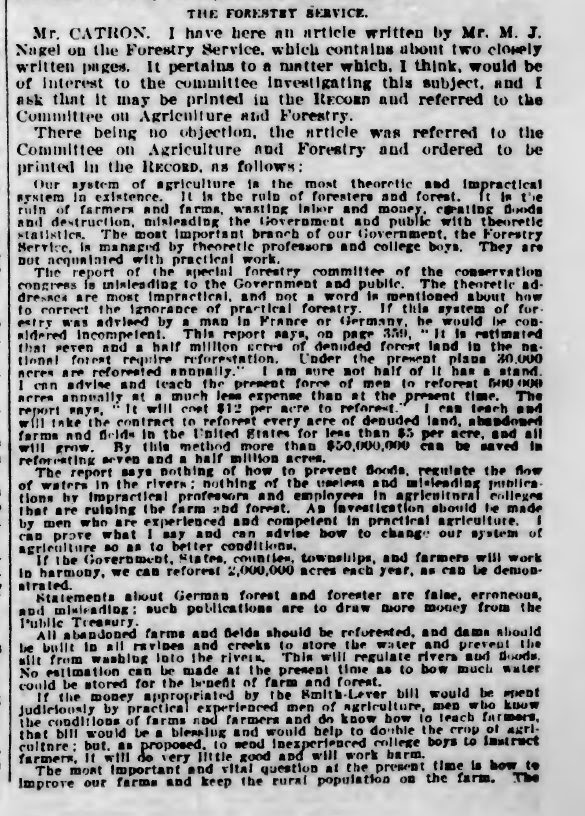